There’s no argument that the Internet is one of the backbones of the modern world today. Yet, it seems that we are heading toward the end of the open Internet on the long run; An Internet that respects the user privacy & security, and protects him both from censorship and tracking seems to be long gone. The future is yet to become darker with corporations gaining more power.

If you are someone interested in online privacy and security, then you need to understand all these dynamics together, as many independent forces each doing their best to serve their own interests rather than a linear set of factors happening at specific points in time. Just like you try to understand history as social, economic, political, religious and scientific factors, you should try to understand how the dynamics are working today to sum in total to destroy the open Internet.

There’s no secret Illuminati-supported foundation to destroy the Internet, it’s just the combination of governments, spy agencies, and giant corporations putting their hands on it each by its own. We are going to see why this is the case.

Governments all around the world have been working lately on making new laws and regulations related to the Internet. Sadly most of these weren’t actually helpful for online privacy and security, but rather to allow censorship and giant corporations profiting. Some of these laws even break the very essential nature of the Internet.

One of these is what’s called “upload filters & link tax”, which is an ongoing regulation in EU and about to pass very soon. It is a disaster for the Internet: 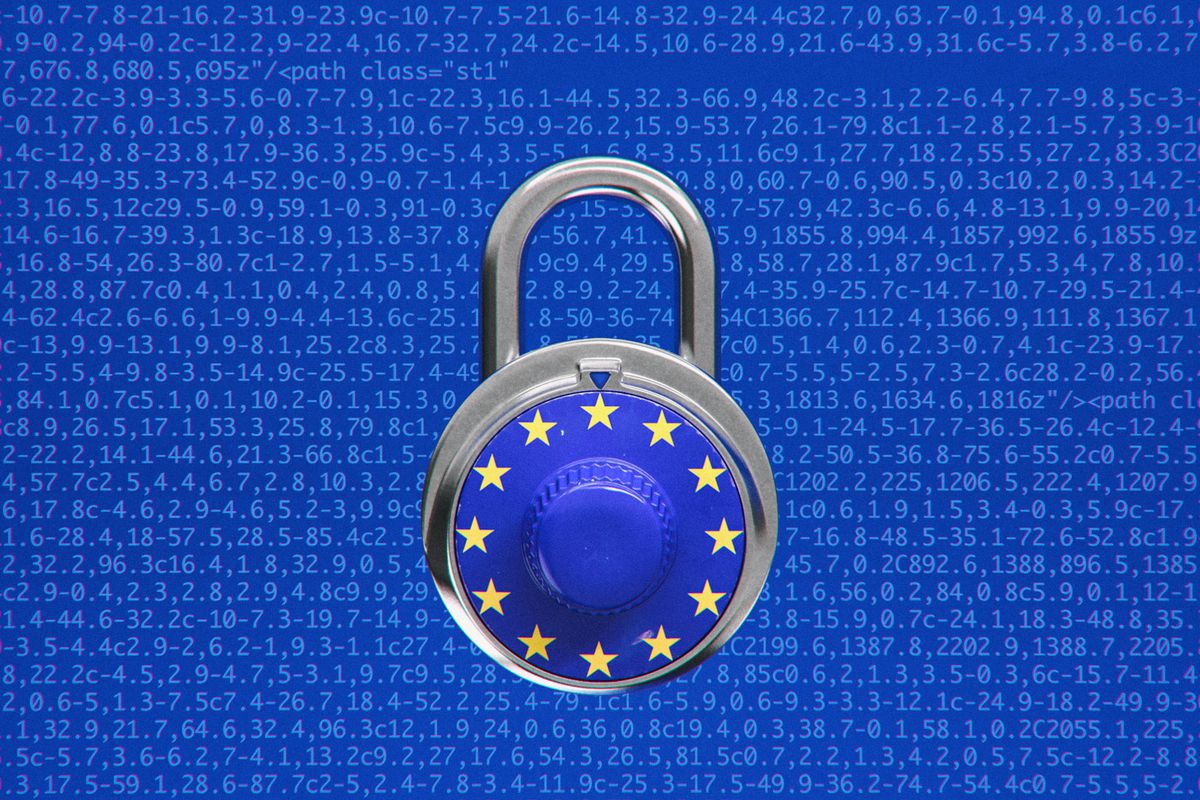 The regulation here makes every website legally responsible for all the content on they are hosting, and gives them only a period of 1 hour to remove illegal content before they become accountable for it, despite that they are not the original creators for that content. The regulation wants all websites to filter the content BEFORE it gets published on the platform, not after it.

In order to do that, the regulation asks all Internet websites to implement upload filters, which must check every single piece of uploaded content, whether it was text, video, audio, code or any other format for any copyrighted materials/illegal ones, and block them from being published.

This would break the Internet[ref]Julia Reda – Upload Filters: https://juliareda.eu/eu-copyright-reform/censorship-machines/ [/ref], because for example Facebook, YouTube, Reddit, +Google, SnapChat, WhatsApp and many other services are dealing with hundreds of millions of users per day. It’s practically impossible for Facebook for example to review every post, every image, every video and every single activity done by the user before it gets published on Facebook. The Internet won’t be able to function under such law. Startup companies will need to implement cutting-edge technology to filter all the content, and creators will find it practically impossible to do any meaningful activity on the Internet.

If you think that the previous regulation as a disaster, then wait to hear this one: Link Tax regulation will require anybody showing a “preview” of any journalistic article/document on the Internet, to first get a license from the publisher.

This means that any website like Facebook or Google, which do show a preview of any link available there before opening it, will need to obtain a license from the publishers of that document/article, and this applies to every single one of them in the entire world. This doesn’t only apply to large services, but anyone who writes online articles, like bloggers, will need to get a license for just linking to some other websites. Scientists and researchers who base their work on web scrapping will need to stop all their activities[ref]Julia Reda: Extra Copyright for News Sites: https://juliareda.eu/eu-copyright-reform/extra-copyright-for-news-sites/[/ref].

Both of these regulations have gained majority support in the EU Parliament early voting phase[ref]EU approves controversial Copyright Directive, including internet ‘link tax’ and ‘upload filter’: https://www.theverge.com/2018/9/12/17849868/eu-internet-copyright-reform-article-11-13-approved[/ref], and a final vote before these regulations go into action is to be held at March, 2019. 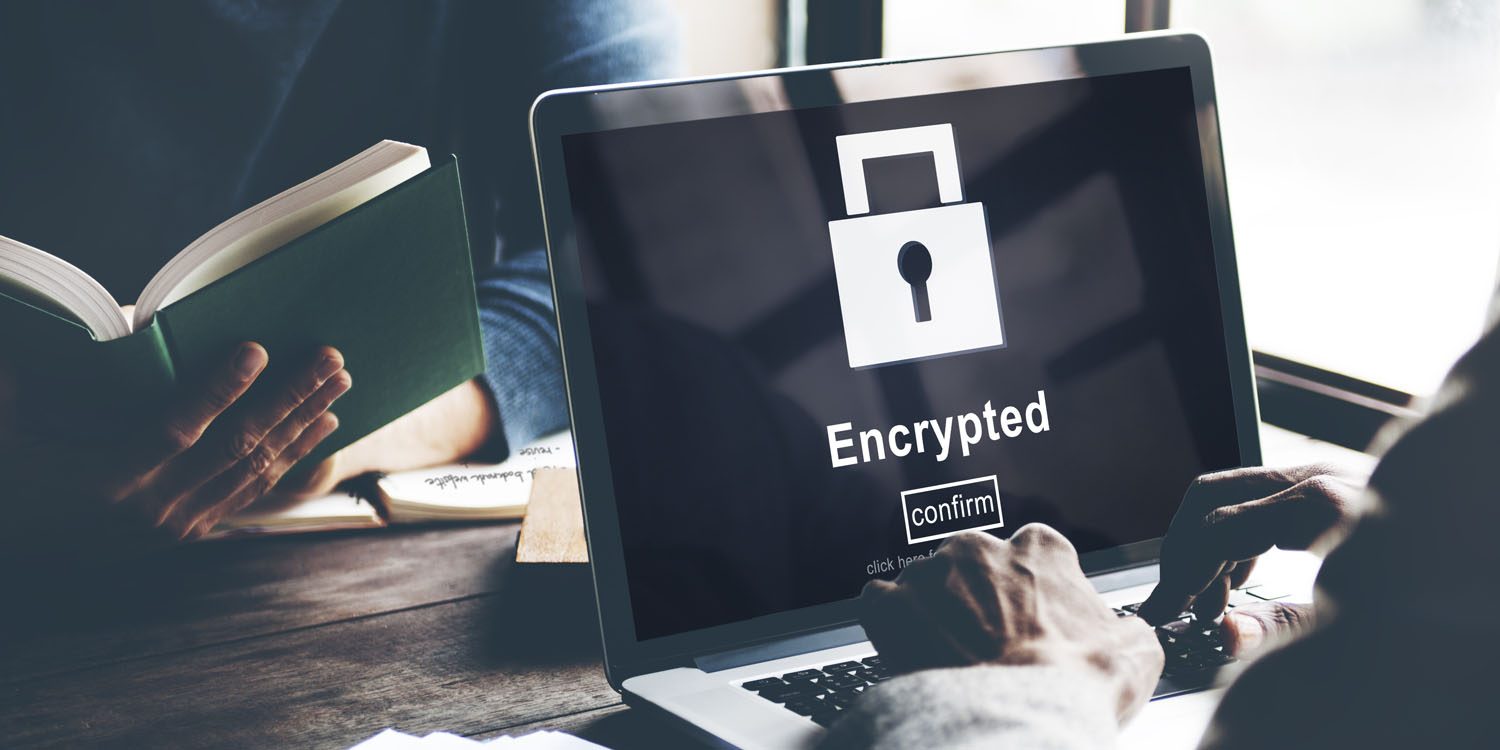 This regulation is a disaster because first, it will make any Australian-based tech company vulnerable to hackers from the outside. And secondly, it breaks everything related to privacy and security: The right of information to be stored safely, and the right that no one should be allowed to break the user’s privacy[ref]An Open Letter to Bill Shorten from the Tech Community: https://alp.fail/[/ref].

The tech industry in Australia is still in shock after such regulation was passed.

The famous Net Neutrality regulation, which was introduced in 2015 in the US, forced ISPs to consider all the data passing through them as equal; Preventing from from offering different subscription models for various Internet services, and also preventing (theoretically) from slowing/limiting access to certain services or websites.

However, in 2017, the FCC (Federal Communications Commission) ruled to cancel the Net Neutrality regulation, and to re-allow ISPs to do the previous manipulations they were prevented from doing for two years. As a counter practice, some states like California, implemented their own Net Neutrality rules again, but most of the states in the US remain without any regulations to protect customers.

Talking about censorship, the US is probably the best nation on Earth to apply it. The PRISM project, which Edward Snowden exploited, allowed security agencies in the US such as the CIA, NSA and the FBI to access data related to any technology company located in the US and their customers (including foreigners). No data in the US is safe. 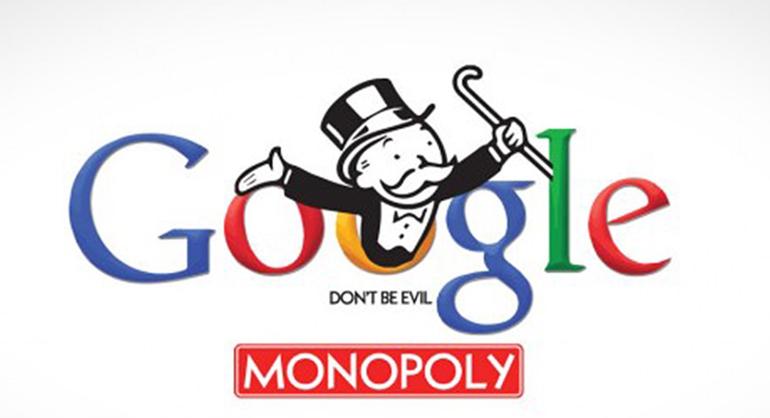 However, it turns out that the death of this absolutely horrible engine is actually worse than its existence in the first place. Chromium is developed mainly by Google, and does whatever it wants with it. If Edge is to also use Chromium’s engine (called Blink, which is a fork of WebKit), then Internet users will be left with mainly two rendering engines: Blink from Google and Gecko from Mozilla.

According to the latest statistics from NetMarketShare[ref]NetMarketShare Desktop Stats: https://netmarketshare.com/ [/ref], 61.75% of the global browsers market share (desktop) belongs to Chrome, with only 4.92% for Firefox:

Internet Explorer is still accounting for 11% of the market, while Edge controls 4.34%, so in total, Microsoft controls around 15%. Internet Explorer is set to be disconnected[ref]Frequently Asked Questions – Edge: https://developer.microsoft.com/en-us/microsoft-edge/platform/faq/ [/ref] when both Windows 7 and 8.1 reach their end life span, after that, Microsoft will stop updating it with any kind of patches (including security). Users then will have to upgrade to Windows 10 to use Edge (Edge is only available for Window 10).

If this 15% of the browsers market share is to be gradually added to Chrome/Chromium, then it will account for 75% by itself. Mozilla fears[ref]Goodbye, EdgeHTML – Mozilla Blog: https://blog.mozilla.org/blog/2018/12/06/goodbye-edge/ [/ref] that this will add more power to Google, and may take us back to the browser wars age, where certain websites were only functional on one browser, but not the other.

After few years, Firefox users may find their selves just like Linux users; An extremely tiny portion of overall users, then why should anyone bother supporting their own software/websites/services on it?

Many people may think that this is only a technical issue related to rendering engines, but it’s not. Rendering engines are the kernels of all these web browsers. Mozilla, as a foundation, is way advanced in terms of respecting the user privacy than Google. If Mozilla is to face financial breakdowns due to shrinking user base and nonsupporting websites for their engine, then it may collapse. If the latter happens, we’ll be left with nobody to care for our privacy in the browsers world, and it will drag with it many other privacy and security projects which Mozilla is currently supporting. Tor Browser for example is based entirely on Firefox. 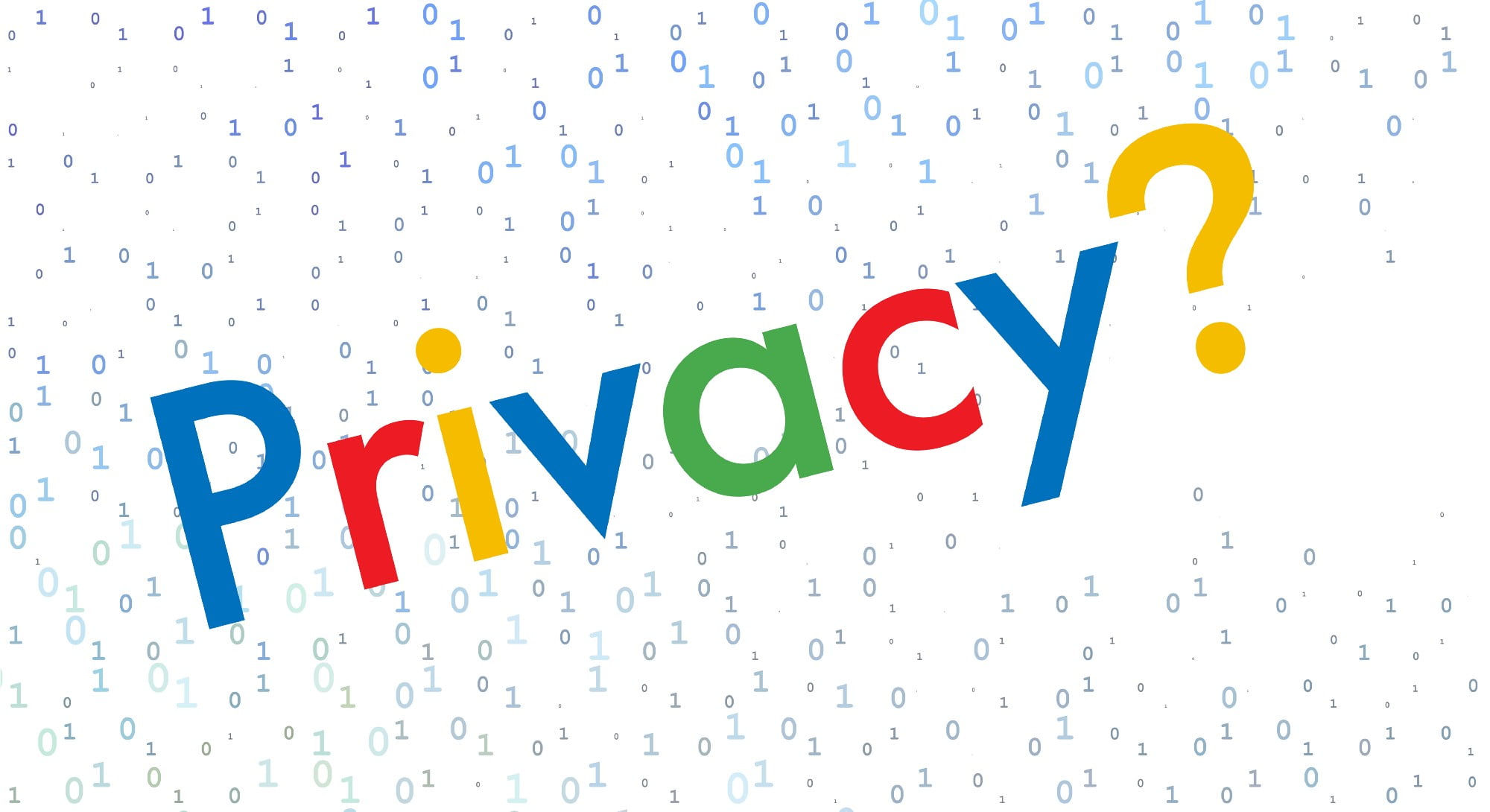 I’ve been researching a lot lately on digital privacy and security for individuals, as a result I’ve put my hands on tens of research papers related to the topic, but and the more you read, the more you discover that the amount of ways in which companies, governments and security agencies can crack the privacy of everybody is astonishing. To protect yourself, you’d have to:

Almost 99% of all users can’t do these things and won’t. If a company or a government is after your data, they’ll probably get it at this point. Yes, having many security features at your pocket is better than having none, but at the end of the day, a single unsecured query could damage you a lot depending on to what level you need to keep yourself safe.

The Business Model of the Internet

The very beginning of this article requests you kindly to disable your adblocker. But if you do, tracking scripts of Google will be able to see you and display advertisements for you, which is very much against what this article is about. As a blogger, I see myself in a contradictory position: Telling you how bad and harmful ads and tracking scripts are, and at the same time, telling to you stop your adblock because this is the only way for us to pay the bills.

Advertisements are still one of the main business models of the Internet. Google, despite being a huge company with tons of services, gets more than 90% of its profit from ads alone[ref]How Google makes money: https://www.investopedia.com/articles/investing/020515/business-google.asp[/ref]. Facebook has a similar story too. Since these companies are offering the service for free, the only way to allow their selves to continue is by offering some aspects of users data for advertisers, thus, tracking continues and privacy related issues continue too.

If this method is to stop or breakdown, whether it was because of regulations or more users installing adblockers, then the way Internet works will change too; Internet Services such as Google Search, Facebook or YouTube will ask you for a monthly subscription to use their service. Online blogs, such as ours, will also require you to pay for each article you want to read (Big newspapers such as The Economist, Bloomberg and others are already doing this).

Poor people won’t find the Internet as useful as before, and the rich will get more rich while the poor will get poorer.

Having all of these factors running and working together is what makes us believe that dark days are coming.

We hope this post will be an alarm for all privacy & security advocates around the world to turn into action. Understand the risks of the Internet that we’re heading to, call your representatives and spread awareness about such issues and why they are important for all of us.

One day, I am afraid that I will look at my child and tell him:

Before you were born, we had an Internet where anybody could contact with anybody else in the entire world without being afraid of censorship, tracking and hijacking. We had a so decentralized Internet, that no government or company anywhere could control it alone. We had a great access to all kinds of knowledge we need in the world.. I miss those days!