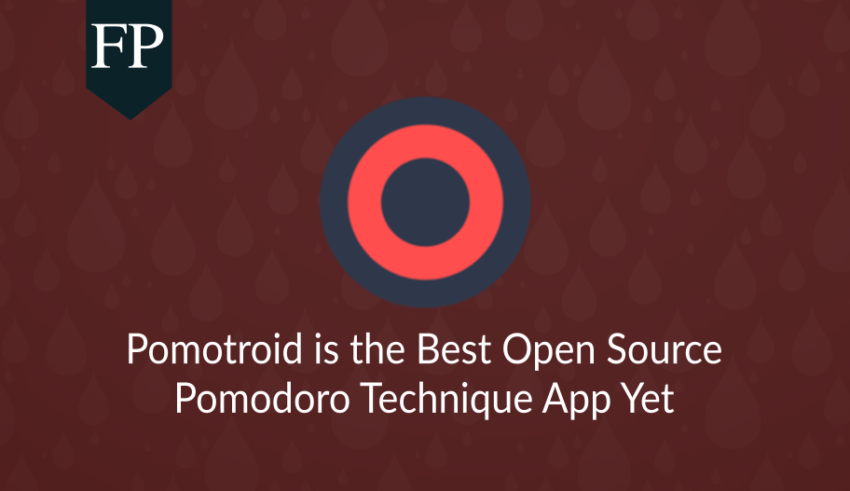 Pomodoro technique is a famous productivity method used by a lot of people to manage their time and divide it between work and breaks. The technique is very simple: Work for 25 minutes straight, but then take a 5 minutes break. This technique was first invented in the 1980s, and has been getting a lot of adaptation ever since.

Now, if you are someone who performs his job using computers, you may need a special application on your system to help you set a timer to run the technique. There are some browser addons for Firefox and Chrome/Chromium for this, but you may would like a system-wide app that does not depend on a browser to run. For this, you can meet Pomotroid. 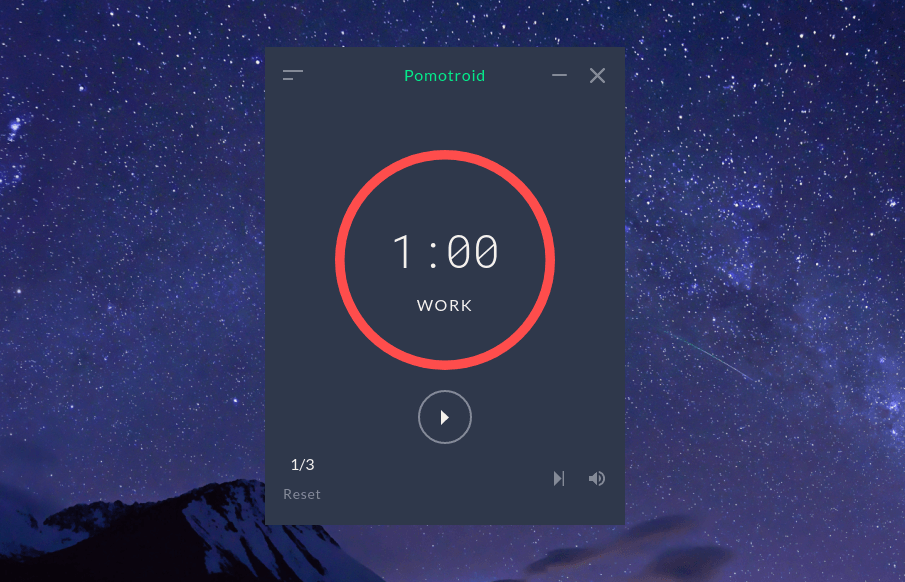 Here’s a video we recorded showing all the app’s options and features:

As we said, Pomotroid works on Windows, macOS and Linux. You can download the latest release from the GitHub releases page according to the operating system you are using.

For Linux, you’ll have to download the AppImage file. Once downloaded, mark the file as executable and run it: 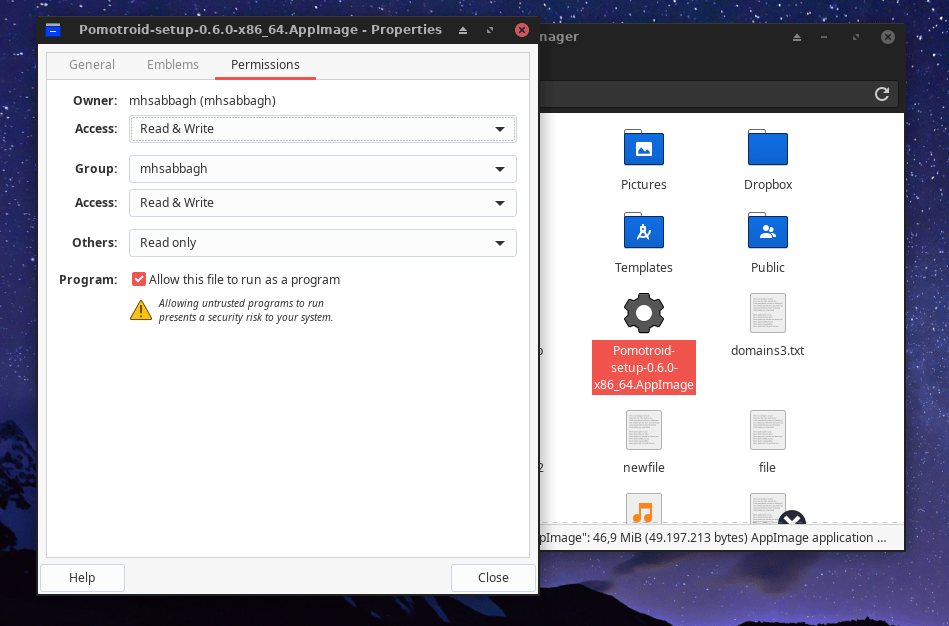 Then you’ll find the program in your applications menu, ready to use!

One thing to note about the app is that it’s written using JavaScript, mainly using Electron and VueJS. While this is necessary for cross-compatibility, some users find it annoying and somehow resource-intensive to run a lot of Electron apps together on their desktops, especially side by side a browser like Chrome/Chromium. But from our experience, the app’s RAM usage doesn’t exceed 25MB, and does not put any load on CPU, so such issues does not exist here.

Also, the app sadly does not feature a system tray indicator, so you either minimize (and it would still show itself as a minimized window), or you close it completely. A system tray icon, however, could’ve been a better usability option.

One final thing to note: Since the app ships itself in the shape of an AppImage, the app isn’t really “installed” on your system. Instead, it runs directly from your downloads folder, just like a portable .exe program on Windows. So if you change the location of that file, or if it gets accidentally removed, the app won’t launch from the application menu, and you’ll have to browse your file manager and launch it from there by clicking it.

We have reviewed the Pomotroid app and how it works so far. Whether it fits to your needs or you prefer another app is up to you, but it can be fair to say that the app does its job very well. Very few other open source options do exist.

Do you use the Pomodoro technique? What software do you use to help manage your time with it? We would love to hear about your opinions in the comments below.