WPS Office is a well known cross platform office suite which also works on Linux desktop. Its interface is very much similar to that in Microsoft Office and has similar tools as well.

We thought – and a lot of other users – that the development of WPS office for Linux has stopped a long time ago. Because the last update they released was 1 year ago. Their forums is also full of spam and no one was answering any questions or issues opened there.

Fortunately, some hope finally came back again. WPS Office team has just released a new version for Linux desktop on 15th of June. Marked as Alpha21.

This was the official changelog for the new release: 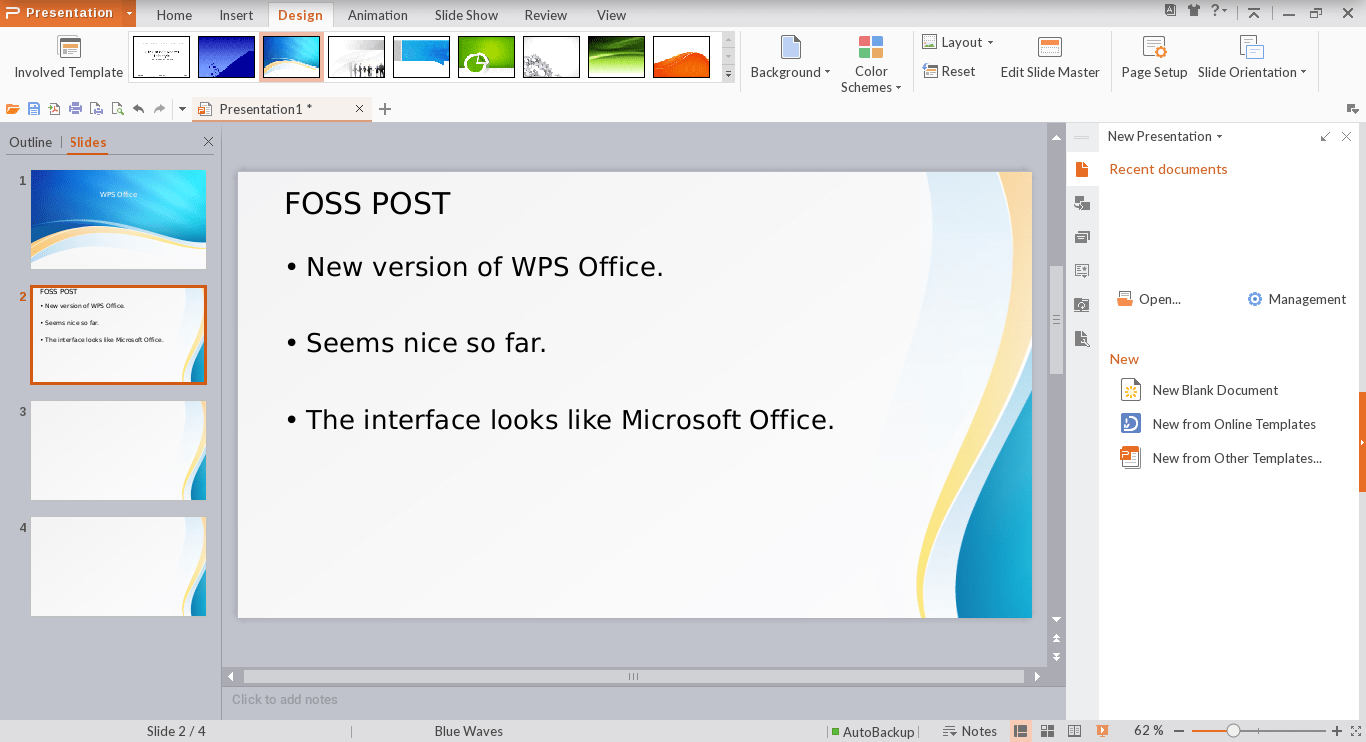 I am unable to open the new install of OpenSuse 42.3, I get this error.

Probably you are missing some libraries. Try to install bzip2-devel:

If it didn’t work, you may need to create a symlink:

Lisa Lewis July 31, 2017
|
M.Hanny Sabbagh Probably you are missing some libraries. Try to in