Zoom has been a boom since Coronavirus started, it seemed to be one of the very few software in the world capable of handling the planet’s digital transfer of most face-to-face communication since people were forced to stay in their homes during the quarantine. Governments, schools, universities, hospitals, companies, enterprises… All of them went to Zoom in order to face the new communication hassle.

Its stock market increased by %500 since the beginning of the pandemic, and tens of of millions of new users worldwide signed up for its premium plans. Everything sounded so great so far for Zoom, unlike most of the human race standing on the other side of the equation.

Until, an investigational report by the FTC showed that Zoom lied about its end-to-end encryption for years, and that its so-called E2E secure communication is actually false marketing. Of course, users and developers around the world had no way of verifying Zoom’s marketing claims easily since it was a proprietary, closed-source application. And thus, they were not able to check the source code by their selves to verify those claims.

Zoom being fully proprietary is why people started switching into open source zoom alternatives, like Jitsi, BigBlueButton and many others, so that they don’t remain in Zoom’s jail locking all their remote communications in one place.

A second factor was the pricing; Zoom is expensive for any company or organization that does not requires a large number of concurrent users. Doing the math showed that many organizations are simply not ready to offer it, especially in times where the economy is damaged because of the lockdowns. Open source alternatives can handle few concurrent users for almost free.

But with the upcoming third wave of the pandemic and hence the quarantine, a communication infrastructure provider – like Zoom – is becoming more needed than ever with the increasing demand. And one main question arises: How many users can those open source alternatives take compared to Zoom? And can they compete in this regard?

That’s what we are going to find out in today’s post.

How Many Users Can Open Source Zoom Alternatives Handle?

One can’t simply give one answer for all video conference open source solutions out there, but we can go through the most famous ones and explore what workloads they can handle.

Jitsi is one of the most famous alternatives for Zoom. One needs to set up what’s know as “Jitsi Video Birdge (JVP)” server to handle the video conference data processing and distribution, and another “Jitsi Meet” server to manage users connections and conferences. The official Jitsi documentation says that any 4vCPU server with 4GB of RAM can be enough for Jitsi Meet, but the real issue is in scaling JVP servers, which will require tens of them to handle, say 1000 users, at the same time.

Various feedbacks from Jitsi users [1] [2] have reported that on average, a JVP server with 2vCPU and 4GB of RAM can serve around 30 concurrent users at maximum. This means that serving 1000 concurrent users could require 30-40 JVP servers each having 2vCPUs and 4GB of RAM (Total of 60-70 vCPUs). Of course, one can get more vCPUs on bigger servers in order to reduce the number of the needed JVPs required. (E.g a 16vCPU/4GB RAM server can handle +200 concurrent users, though usage of more JVPs than one is much better).

Keep in mind that these results are also dependent on many factors; How many users are sharing their video/audio/screen at the same time, how well the load-balancing is set up and how optimized the vCPUs are from the hosting provider of these servers.

BigBlueButton is another good open source alternative to Zoom. Its official documentation mention that any server with 8vCPUs and 16GB of RAM should be able to handle around 150 concurrent users. So one can predict that connecting +1000 concurrent users could need 6-8 servers of the same type. Still, developers recommend that no single session have more than 100 concurrent users for performance reasons, so it is not clear at this point whether BigBlueButton is lacking from the software point of view or not.

Regarding OpenVidu, the community test results are limited this time and it is hard to find any. However, a 2018 benchmark test by OpenVidu developers claimed that an Amazon c5x.Large instance (2vCPU and 4GB of RAM) can handle 28 concurrent users fully broadcasting audio and video at the same time. Hence, its results are quite similar to Jitsi, as it will also need around 60 vCPUs to handle 1000 concurrent users. However, keep in mind that those benchmarks are two years old, and that OpenVidu improved noticeably just in 2020 after the pandemic started, so its performance is expected to be better than that in real life nowadays. Still, it sounds that many of these performance features are only available in the “Pro” version of OpenVidu, and while it sounds reasonably cheaper than Zoom, these features are not available in the open source community edition.

These are the test results we were able to find for the open source Zoom alternatives, but keep in mind that these results may vary a lot based on many factors (Network speed, CPU type, how many broadcasters are there… etc) and hence shouldn’t be considered absolute in all workloads.

Zoom’s Pricing, on The Other Hand 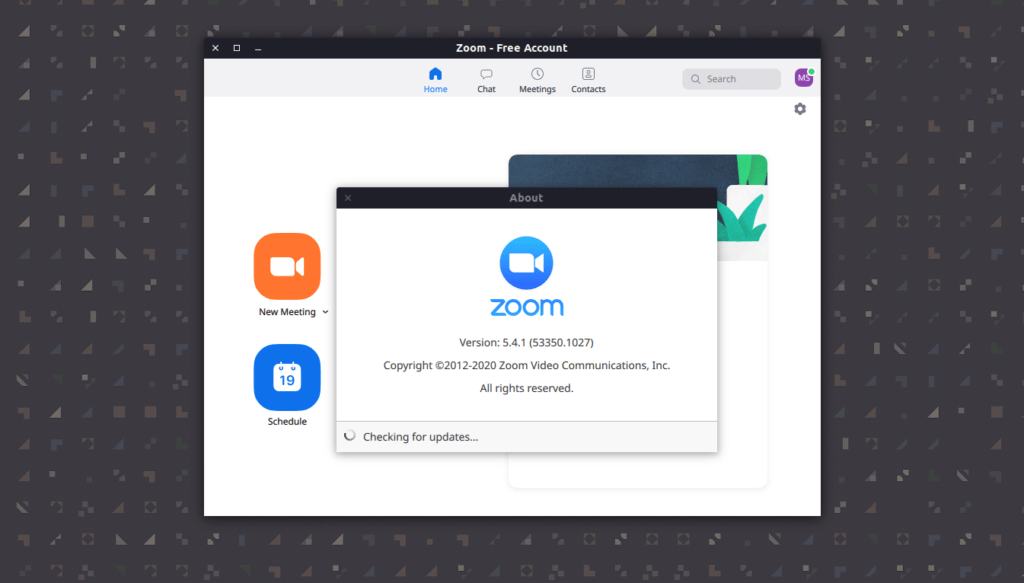 Zoom is going to ask you for $1229 per year in order to host meetings with 1000 users and only one host and one room. Each additional host costs $1000 per year.

Judging by the previous results we obtained from the open source Zoom alternatives, it looks like we are going to need 60 vCPUs in order to host the same number of users.

It looks like Zoom is way way cheaper for this kind of scenarios rather than going custom with an open source solution. However, keep in mind that Zoom won’t allow you to have multiple hosts or multiple rooms, while the other open source solutions are fully controllable by you.

So to sum up, it looks like Zoom is superior than its open source alternatives in serving large numbers of concurrent users. However, for smaller users (<100 concurrent users) any single server with 8vCPU can be considered good and reliable, and would cost less than $80 per month to have.

Wrapping up, open source Zoom alternatives need to enhance their scaling capability so that less server requirements are needed to serve larger numbers of users, so that they can fully compete with Zoom.

But now I would say Zoom is one of the best video conferencing platforms in addition to Webex, R-HUB HD video conferencing servers etc. Open Source alternatives are good, but security is a problem. Zoom has end-to-end encryption for all its users.