Linus Torvalds finally announced Linux kernel 4.10. Initially Torvalds planned for it to be a small release with not so many commits. However, he ended up with an “average” kernel release with more than 13000 commits.

The new release includes a number of improvements and updates. Probably the most noticeable feature is adding support for using virtual GPUs via gVirt. By using KVM now, you would be able to deploy a virtual GPU and install the official drivers for it. According to the team who introduced this technology1)Intel Developers: https://www.usenix.org/conference/atc14/technical-sessions/presentation/tian , it would give a 95% performance match as if it was a native GPU. Which is definitely great for virtualization. There were some other solutions for using vGPU. But the new technology is considered “full”. Taking it to the next level.

Watch the following video to learn more about the new introduced KVGMT technology:

Other than that. The new release contains what every normal kernel release would contain: More drivers, better memory allocation and lot of bug-fixes for varoius things in the kernel. For a detailed release notes, check Kernel Newbies.

Linux kernel 4.10 can be downloaded from kernel.org. Good luck in compiling! 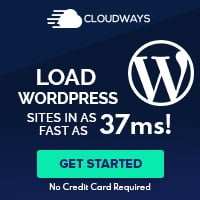