It’s rare actually to hear about people with such will and desire to continue their lives even though they suffer such tragic disabilities, for this, meet “Ali Abdulghani”, an Iraqi young man working in the field of free and open-source software although he is completely blind! Who said that you should be useless when you can’t see things?

We spoke with Ali and asked him to tell us his story and answer some questions about his career:

– Hello Ali, tell us about your self, your education, your university and your personal life. 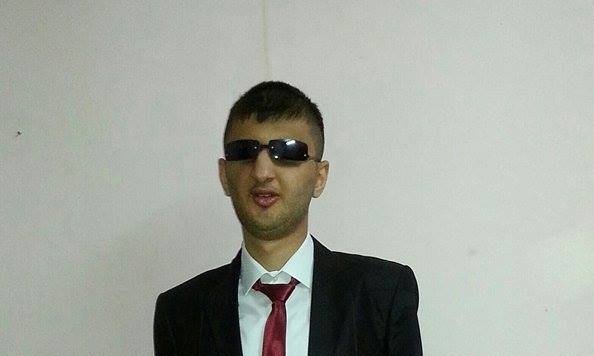 My name is “Ali Abdulghani”, people call me alimiracle, this name came to me when I was Solaris user.

I’m a programmer, sysadmin, free software activist and Poet. I live in Iraq, I graduated from college at the end of 2015 from the Department of English Literature, and not computer science Because I was not allowed to get a certificate of Computer Science in Iraq. The law here does not allow the blinds to obtain a certificate of Computer Science or
any scientific stream such as Mathematics or Physics.

I’m blind, I remember My father told me, “you became blind after a year of your birth”. The Doctors say it is pollution due to wars.

– How did you start using free and open source software and in which year?

I started using free and open source software in 2009. The story started when I was Solaris user, one day I used gcc and I discovered that I can modify it according to my needs.

I was happy with that, this was the first time I read and modify code for a big program.

Then I started thinking about why I can’t read and modify Solaris code. I asked this question in an online conference and a person responded to my query, she was a Free Software enthusiast, She told me about Free Software and GNU, and invited me to join her team as a developer and suggested me to read a book titiled: “Free Software Free Society: Selected Essays of Richard M. Stallman”.

This book changed my thinking, gradually I became interested in freedom for programs and moved to GNU/Linux.

– From where did you learn programming?

– How many programming languages you know?

I use more than 20 programming languages in my projects.

– How could you learn all of those things even through you are blind?

I use “Orca screen reader” program to control and navigate in my computer. I also use Emacs. It has made my computing life so simpler.

– Are the open-source screen-readers software good for you?

Right now a lot of programs do not work with screen readers and now, the problem became much larger, it has become a problem in the web after the appearance of HTML5.

– How do people in your country treat you as a blind programmer?

There is no encouragement in my country, I still remember the beginning of my life with computers, a lot of people said to me the computer industry is not for blind people you can’t use it, don’t even try” And now a lot of them don’t know what I already did.

– What projects do you work on now?

I am working on many projects now, for example:

You can find all my new projects Here: https://notabug.org/alimiracle

– What programming languages books do you recommend?

5- Assembly: Programming from the Ground Up

16- Prolog: the Prolog book from Wikibooks

– Do you find it very hard to program and work while you are blind?

Some programming languages are easy but some which depend on the IDE do not work with Orca screen reader, for example Android Studio.

We have to write everything from scratch using Emacs to make an Android app.

– How do you see the acceptance of the open source community for your situation, are they sort of “harsh” on you because you are blind? Or they tried to help you and support you in your career?

In fact only few of them knew I was blind, because I’m not talking about myself a lot in the projects.

People who know stood with me and helped me are specially Haider and Clara.

– What do you work right now? Do you get finacil support from FSF?

I’m working as volunteer and I don’t receive money right now from anyone.

– At the end, what would you like to say for our beloved readers?

I am saying this quote to the readers:
Vision without action is merely a dream. Action without vision just passes the time. Vision with action can change the world – Joel A. Barker

I know Ali personally and he is a great guy, he created many projects which helped a lot of people in the field of opensource, keep it up 🙂

Ali is great example of human who pass and prove that disabled people can be miracle as he is . Also, I am glad to work with him in the field of open source. He is miracle. 🙂