AMD is starting to become the mainstream option for gamers nowadays with their CPUs & GPUs, allowing on-budget gamers to enjoy great performance for mostly half the price of the other vendors in the market like Intel and NVIDIA.

Sadly AMD does not provide its AMD Radeon software for Linux (The controlling program responsible of tweaking GPU & CPU), and hence Linux users have to find alternatives or develop their own in order to unlock the full potential of the parts they bought.

CoreCtrl is a free and open source program that enables AMD users on Linux to control and manipulate the settings of their GPUs & CPUs. Instead of using random Shell scripts and other command line utilities from all over the place to do that, CoreCtrl brings all the needed functionality into a one central place where everything can be controlled, with a beautiful user interface.

CoreCtrl is both open source and free, and you can install it on your Linux distribution of choice right now.

The installation instructions are fully detailed on the GitLab page of the project. For Ubuntu/Mint users, you can add the following PPA and install it:

Other distributions binaries or source code compilation instructions can be retrieved from the project’s page.

The profile view is the first thing you’ll see after you start CoreCtrl: 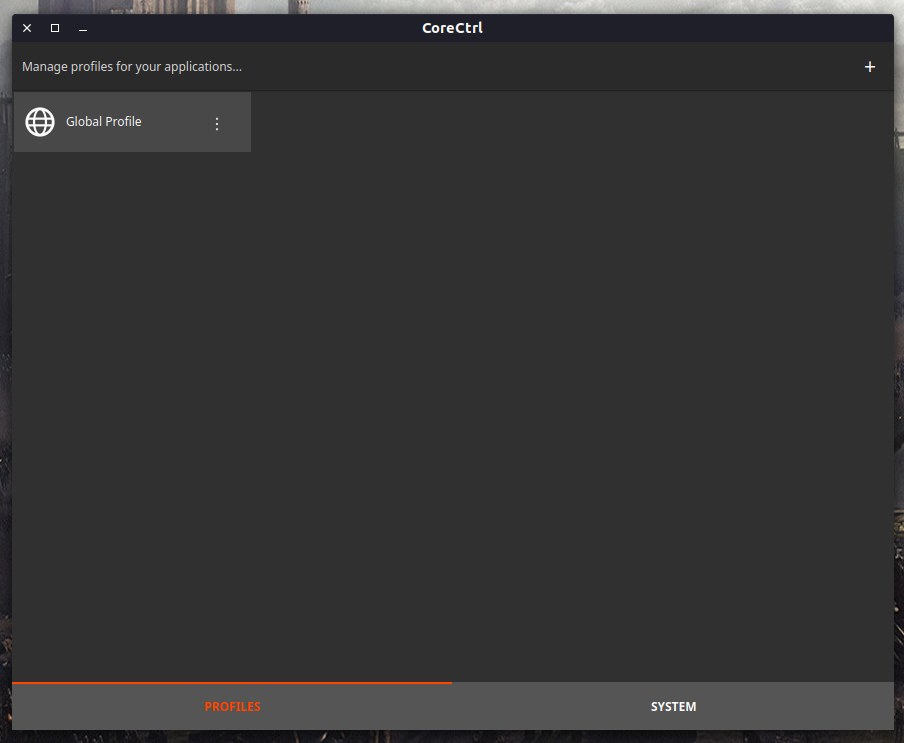 After you open any profile, the following view will be shown for you: 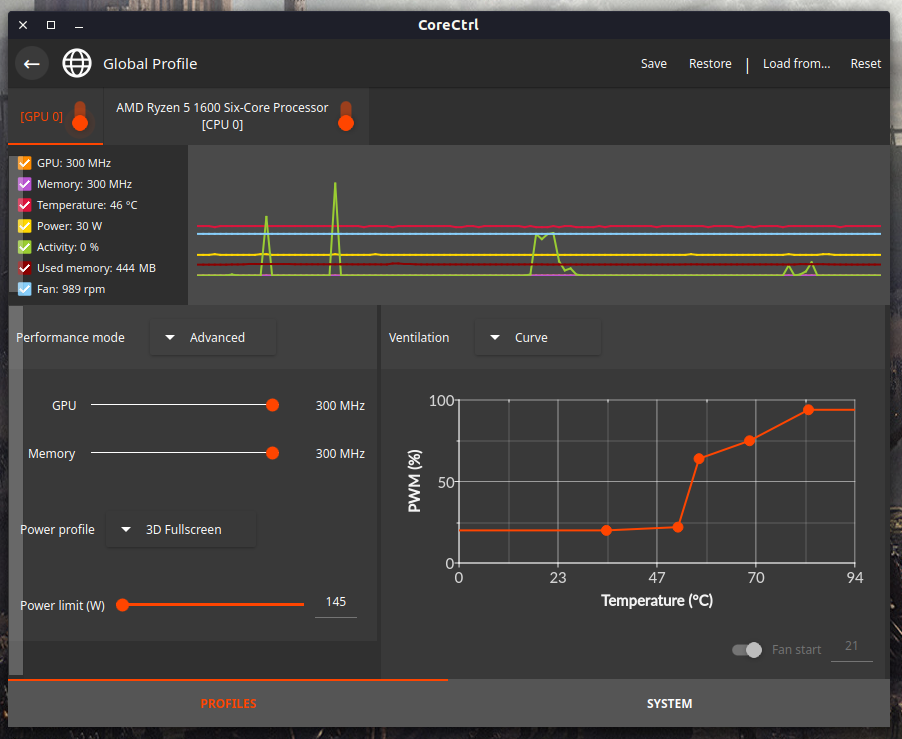 You can control your GPU via:

If you switch to the CPU tab, you’ll find the following view: 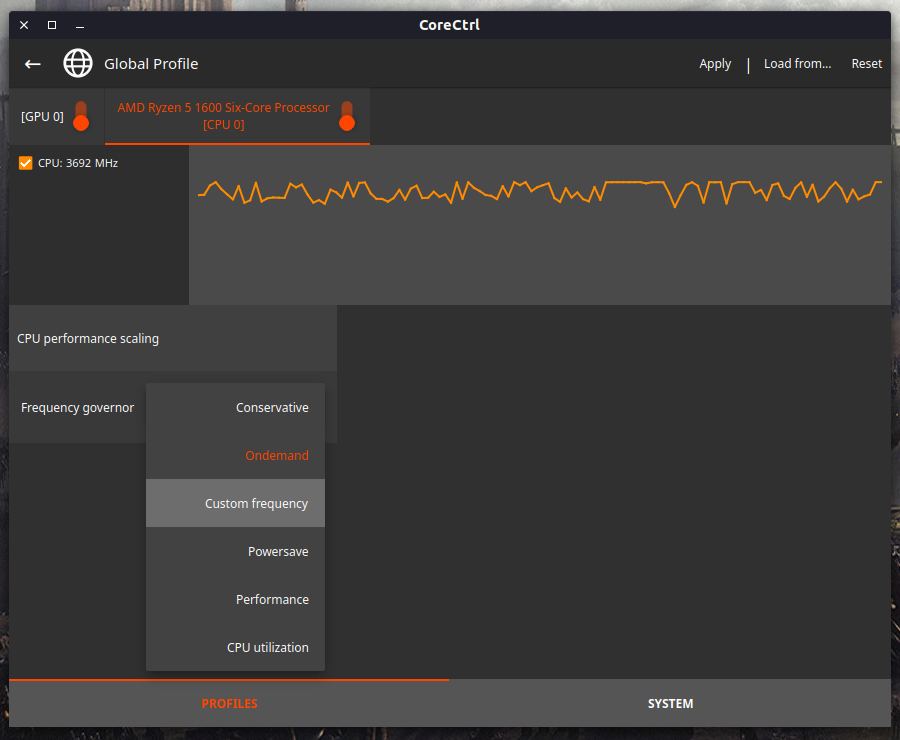 You can specify the CPU governor (CPU algorithm responsible for the performance) according to your needs. You can also choose the “Custom frequency” option in order to manually enter the CPU clock speeds you desire.

As you can see, you can save and import profile settings from the upper right-side menu (Don’t forget to save your settings once you finish tweaking).

Finally, there are some general information about your system CoreCtrl can display for you from the “System” tab on the bottom: 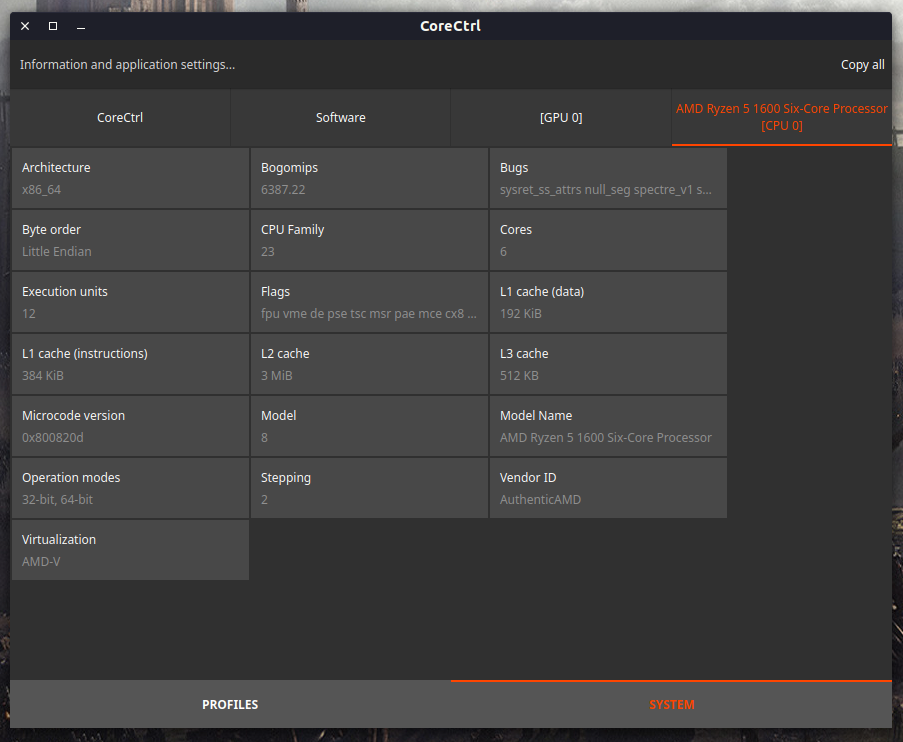 Useful to see what features do your CPU & GPU support.

Thanks for all of these features, you can for example:

Just keep in mind that manipulating the power/performance levels is not generally recommended unless you know what you are doing. Most users in fact can generally gain 10-30 FPS in their games by simply starting the fans at early levels without modifying anything else at all in their systems.

So that could be a good option for you to try if you are newbie to these kinds of things, rather than burn your chips or shorten their virtual age.

More additional documentation and information about CoreCtrl and its usage can be found on its official wiki pages.

CoreCtrl is an amazing open source software that fulfills a unique use case for AMD users on Linux. Using this software users will be able to gain additional performance from the parts they have in their PCs, and may even decide to skip a hardware upgrade due to the performance gain it can give.

And it gives it quite easily; Just few clicks with a beautiful Qt-driven user interface that makes the operation very smooth and quick.

CoreCtrl is definitely a must-have for AMD users on Linux.

M.Hanny Sabbagh November 14, 2020
|
Atroesch There is a Radeon Software for Linux..? https://w
These are the drivers, they are not the special control center software to tweak CPUs and GPUs: https://www.amd.com/en/technologies/radeon-software
0 0
0
Reply