sudo is probably the most famous command in the Linux world. It allows ordinary users to run other commands or programs using the superuser privileges, which will allow them to do system-wide changes or modifications that they weren’t able to do with their ordinary user privileges.

By default on all Linux distributions, when you run the sudo command, you’ll need to enter the superuser password just like below:

One thing to be noticed from the picture above is that the password is hidden. When users write anything at that time, nothing will be displayed on the screen, not even asterisks. They’ll have to trust that there’s something written in the terminal and just write their passwords and hit Enter.

Historically, this is done for both ease of implementation and security reasons. It makes it difficult for people standing near your shoulder from knowing your password length. If they don’t know your password length, it would be harder for them to guess it. They can, of course, listen to the keystrokes you are hitting and try to guess how many characters did you hit? But that’s more difficult than just looking at the screen and counting the number of asterisks there.

Additionally, in terms of implementation, displaying an asterisk instead of the password character requires more code and work to do. In the terminal, when you write normal commands and you see them in the terminal, it’s because the “echo mode” is set to On, meaning that all characters will be displayed on your screen. In sensitive commands, however, such as sudo or passwd, “echo mode” is set to Off, which simply doesn’t take the extra step of printing those characters to the screen. So that’s less work and code to do, and it went on like that since the Unix days to simply hide the password characters. 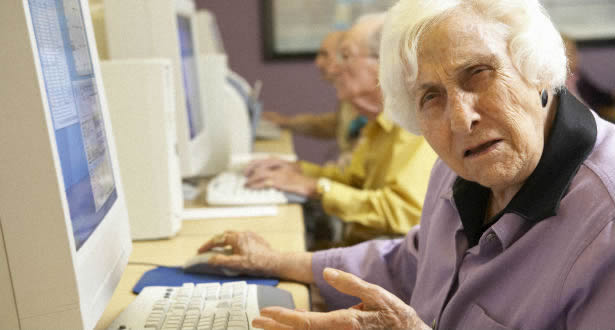 From a user experience perspective, and talking about the new users of Linux distributions, and very non-techy people who might need to use the sudo command, the current way this is done doesn’t give them any explanation or hint about why the keys that they are hitting aren’t displayed in the screen when they write their passwords. They would think that there’s an issue in the system or their keyboards, because no visual feedback is given.

Of course, as people who use Linux or other Unix-like systems for years, this is a trivial thing for us. But for new people, and ordinary teachers, doctors, your grandpa or my aunt, this is a very bad user experience. Users do expect to get feedback on the screen when they hit keyboard keys, which isn’t being done here. 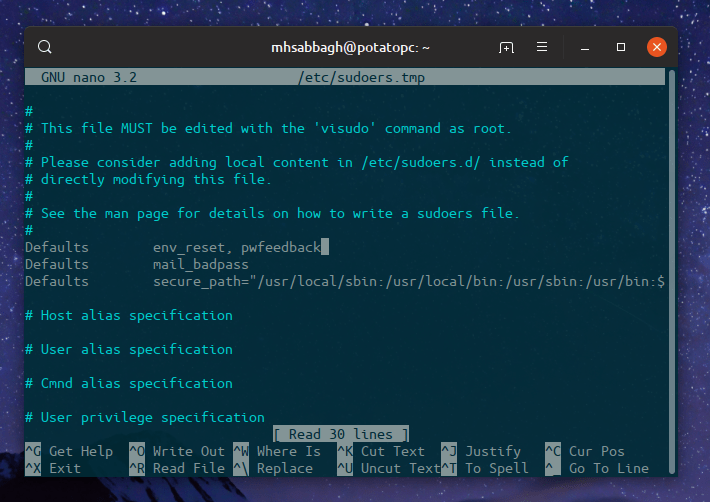 From now on, sudo will display asterisks when you enter your passwords: 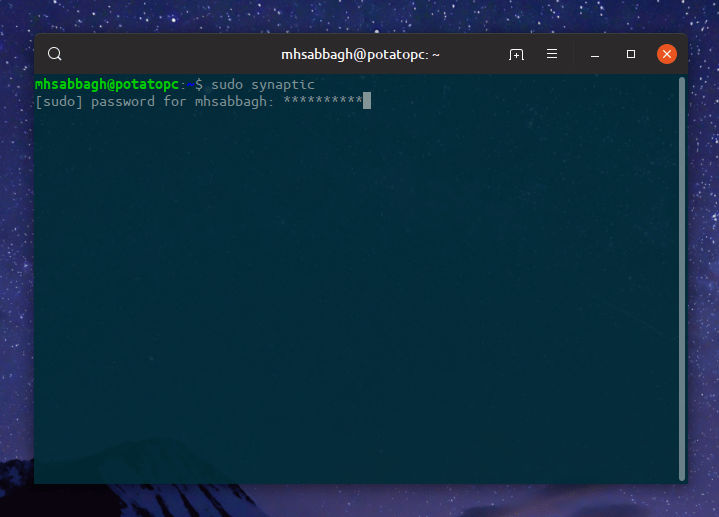 Major Linux distributions should take this issue into consideration and try to fix it. There are two approaches that we see as feasible:

In that way, the terminal would still not display the password characters as they are being entered, but first-users will realize and understand that what they are writing is actually there, not that there’s an issue or a problem in their keyboard.

We have seen so far why is this an issue, how to workaround it and what are the possible permanent solutions for it. If you are a member of any major Linux distribution community, it would be a good idea to discuss this topic with your distribution’s developers and see what they think about it.

In the meantime, we would like to know about your opinions in the comments below.

Why not provide a way to select which character gets displayed instead of an asterisk?
It’s how the X display manager (xdm) does it. That way, if you’re worried that someone might be able to count the asterisks and find out the length of your password, then you could display underscores instead. On my Slackware system using xdm, this works great.

I disagree. The argument that new users will find it hard is weak. When you do it twice or three times, you will learn.
In addition, the author provides a solution by editing the sudoers file if the user wants to echo asterisks, but why on earth (all?) distributions shall consider changing the default behavior if someone does not like it? I like that there is no output displayed when you enter the password and would not like such change.

I disagree. By default, things should stay the way they are. Perhaps an option that more experienced people should live with would be to have a utility for new people to allow them to change the behavior easily. I’ve been using Linux for more than 20 years, and the only distro that has this behavior by default (at least a distro that I’ve tried) is Mint. This is the single most annoying thing about Mint. I’ve used various versions of BSD, Solaris, and Linux and the default behavior had been consistent for years. Mint being the stand-out. Perhaps having new… Read more »

It is assumed that a new Linux user stumbles upon Linux, with absolutely zero knowledge of the system. No explication is given and the new user simply has to figure out how things work. Moreover as a new comer to this hitherto unknown environment Linux has to make accommodation.
What about the new user attempts at least to find out how things work? I cannot imagine the scenario where a total new comer wants to do things in Linux and does not even learn the very basics.
Things should stay as they are.

“Major Linux distributions should take this issue into consideration and try to fix it.”

No, just no. Linux distributions should always err on the side of security. Granted, that looks somewhat different depending on whether you’re installing a desktop or server flavor of the distro. But convenience shouldn’t trump security. If you want that mindset, go use Windows.

Making something less secure by default isn’t the answer. People learning new things and adapting is.

So many people in the comments are missing the point, there’s no added security value in not displaying the password as asterisks. The person sitting near you can know how many chars did you hit using sound, you know, people have ears.

Your behavior is the reason why people are afraid of Linux, nobody should stand against making things newbie-friendly, and this doesn’t harm you in any way.

If the point is to make Linux eventually look and act like Windows, then why use Linux at all? Stay with Windows. If the reason for switching is because you don’t want to pay for an operating system, then use ReactOS. Most of us came to Linux because it is different than Windows and more secure than Windows.

Replying to Peter Philip: You claim “there’s no added security value in not displaying the password as asterisks” and “this doesn’t harm you in any way.” Those are both false statements.

I don’t have a problem with no characters being displayed when entering my sudo password. or with displaying asterisks . Neither hinders nor helps me. Keep in mind that GUU apps that require root (sudo) access, usually display either dots or asterisks when typing in your password. I don’t see counting asterisks as a big security problem. (People should avoid short, easy to guess passwords anyway.

This is linux. Users at the command line wanting root privileges should know how to enter a password.

Not participating in the actual ‘debate’ here, but two things are factually wrong in the article. First: sudo is not only used to gain superuser privileges, although that is common use for it. It can in fact be used to run any command as any user depending on sudo’s configuration. Second: the password that you type to sudo prompt isn’t that of the superuser, that would make sudo quite pointless. It is in fact the password of the logged in user (i.e. the one who runs the sudo). The password query can also be bypassed in sudo’s configuration.