Ubuntu Budgie 17.04 is very smooth and fast. Ready to do the job directly after installation. However, the distribution doesn’t contain anything special to it or some interesting stuff. It’s just an official mix for Ubuntu with Budgie.

Budgie is a new desktop interface built from scratch which focuses on simplicity and elegance. It is developed by the Solus team. It uses GNOME technologies beside their own modifications to give a better user experience.

Ubuntu Budgie is an Ubuntu-based distribution which uses Budgie desktop interface as its default. It’s an official Ubuntu flavor. Ubuntu Budgie 17.04 was the first release of this distribution, which was released 3 days ago.

We downloaded the new distribution and played with it for a while to see what it has. This was our experience. TL;DR: Generally so good, nothing so special to see, but there are some small glitches.

Booting from the USB drive is fast. Took around 10 seconds only. When you get to the desktop, you’ll see a welcoming screen to explain some information about Ubuntu Budgie and its features: 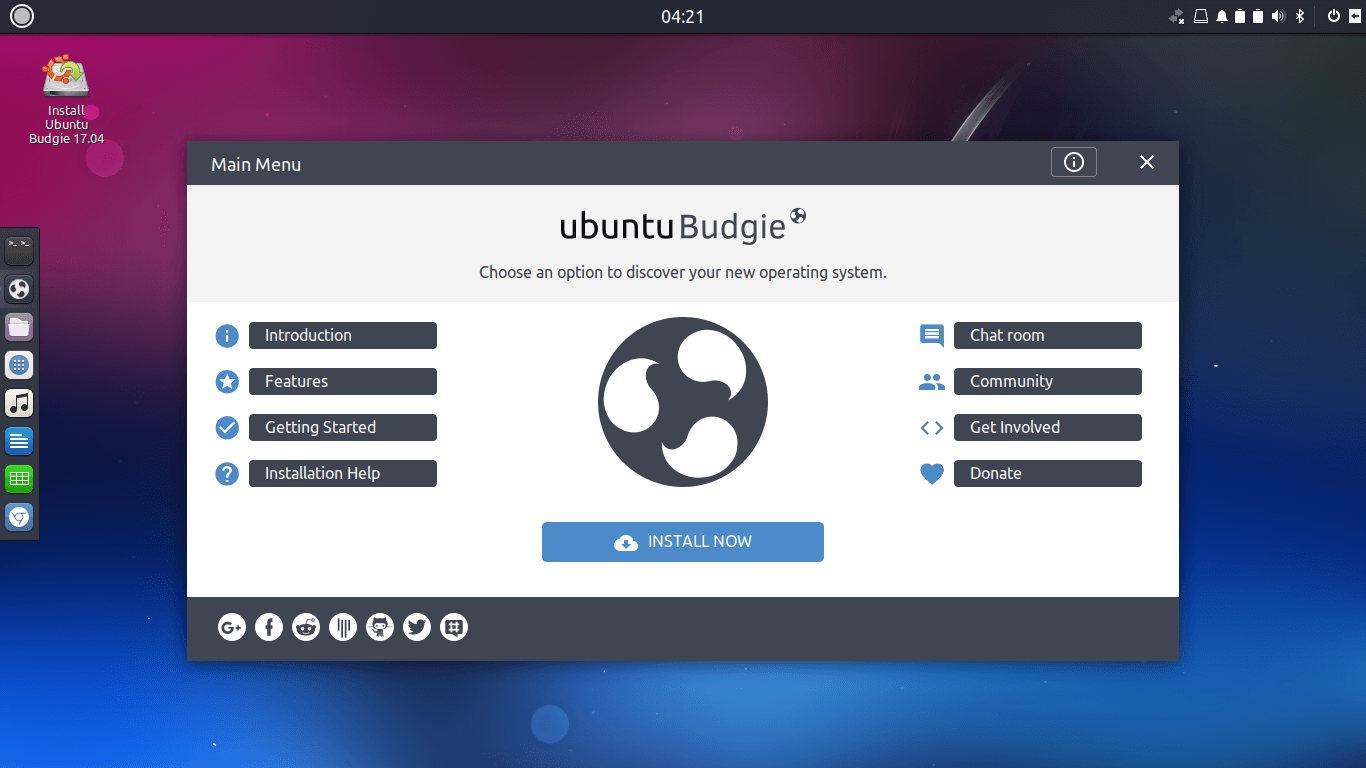 After the installation, this is the final look for the desktop: 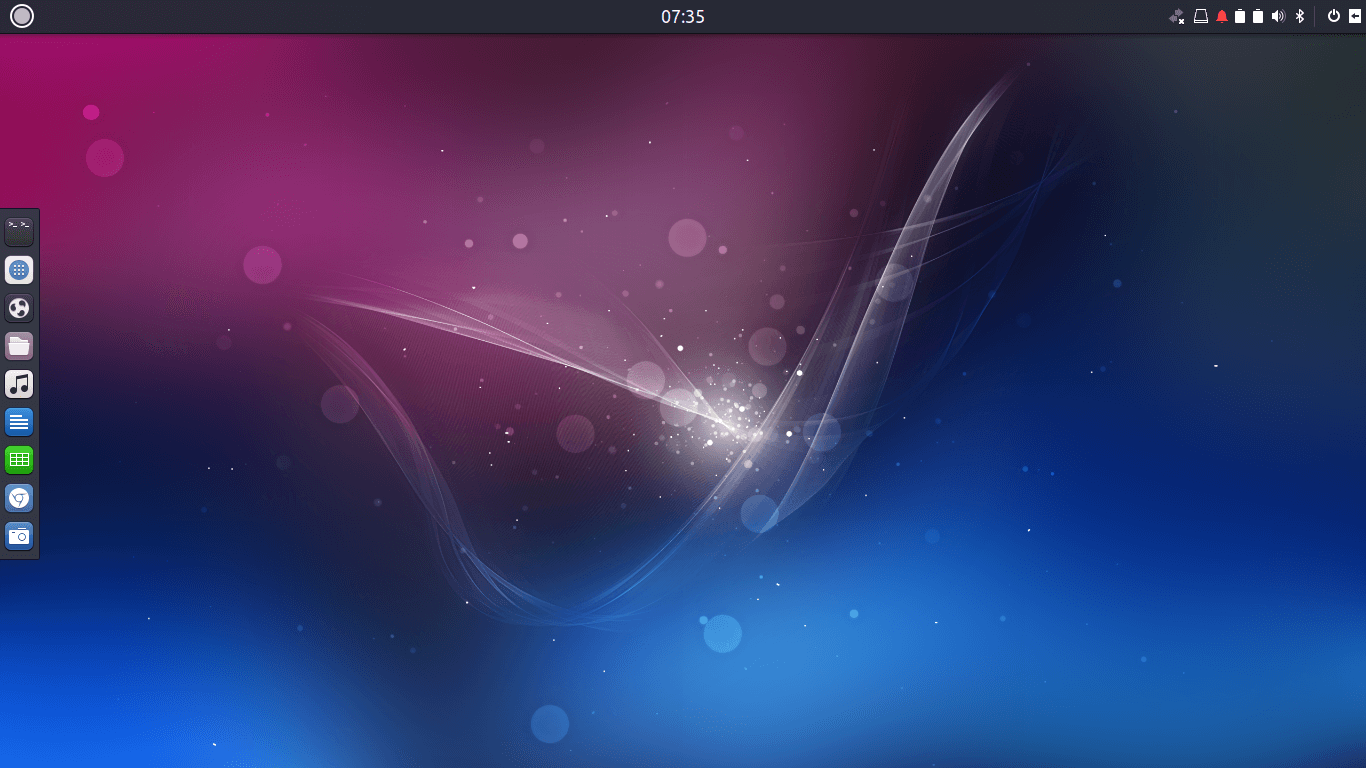 There’s also another application to welcome you to the new system. However, this time it’s sort of a small control center which you can use to directly utilize your system. No need to read the “Things to do after installing Ubuntu” post after this tool: 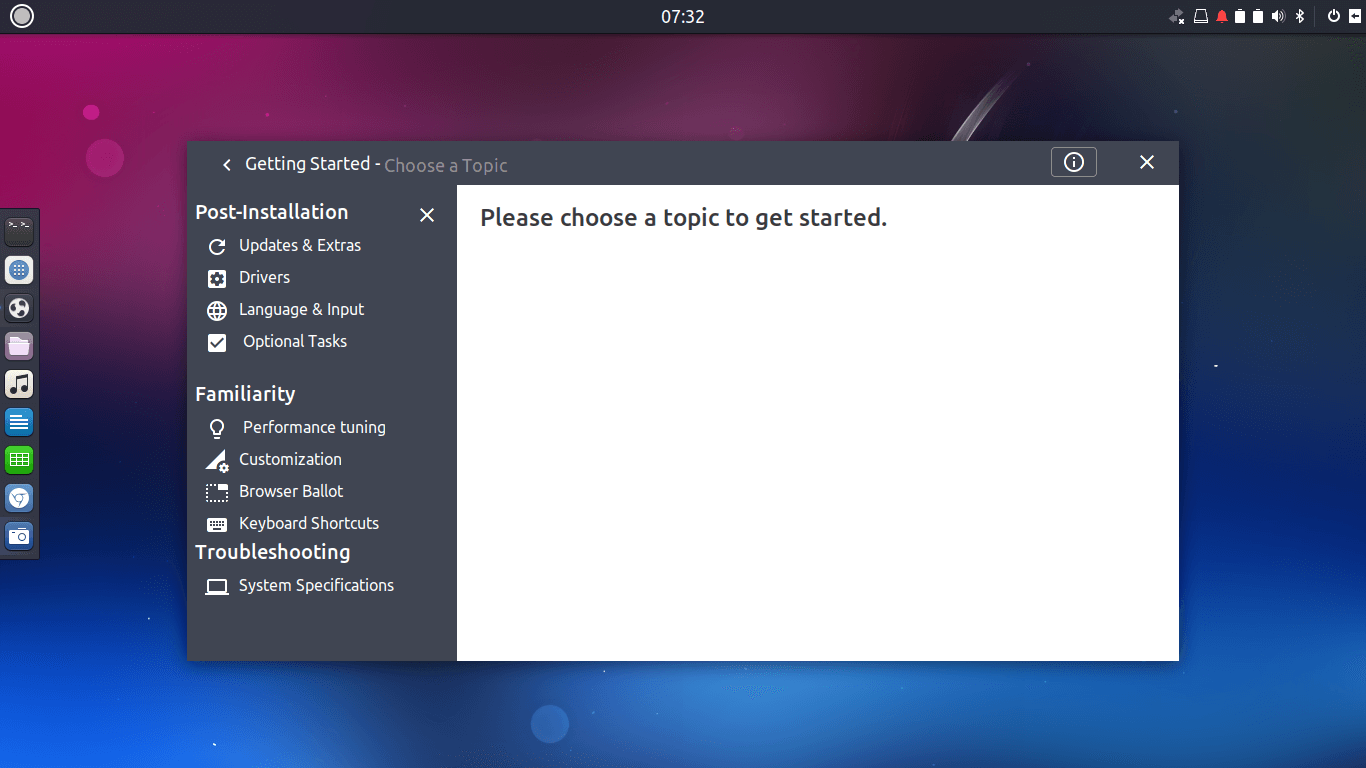 The following pictures show you what’s inside each category: 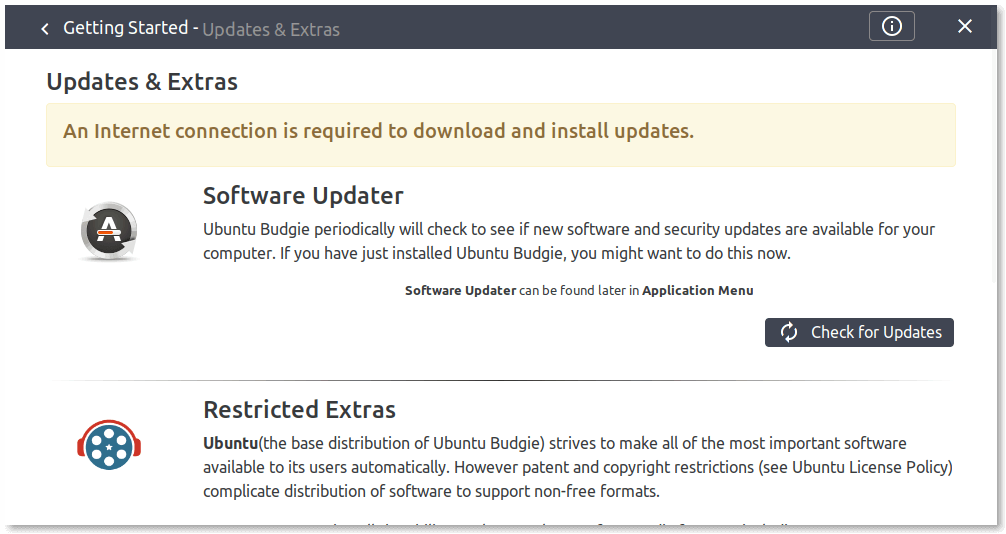 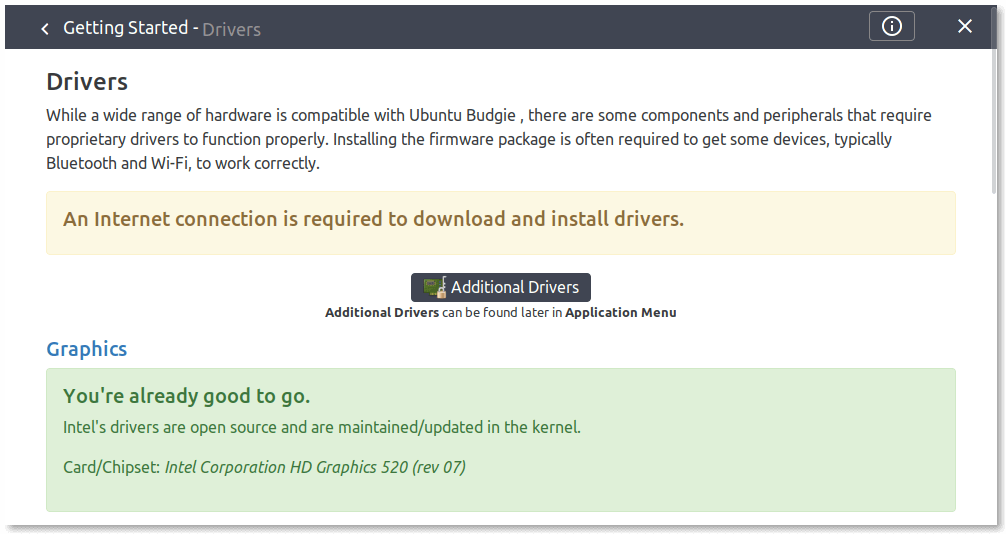 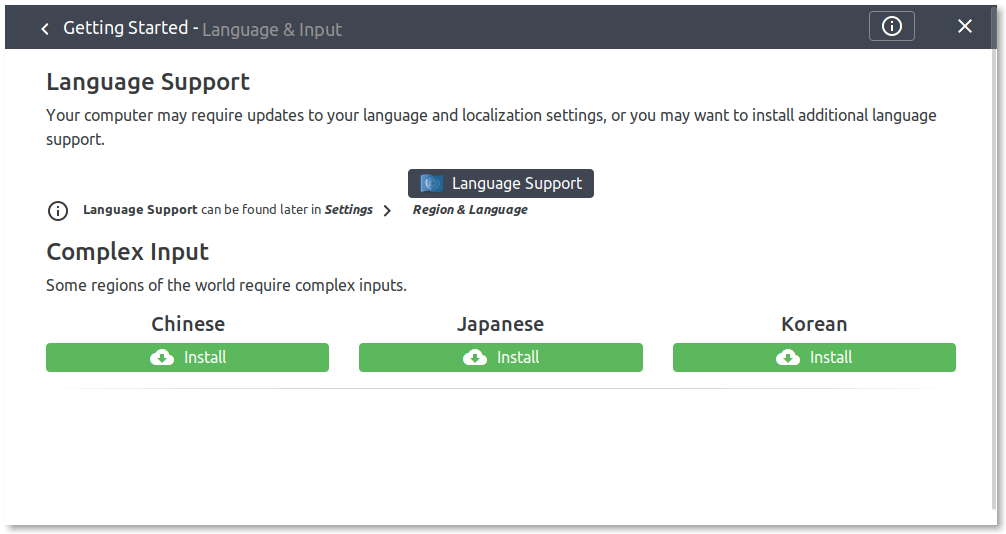 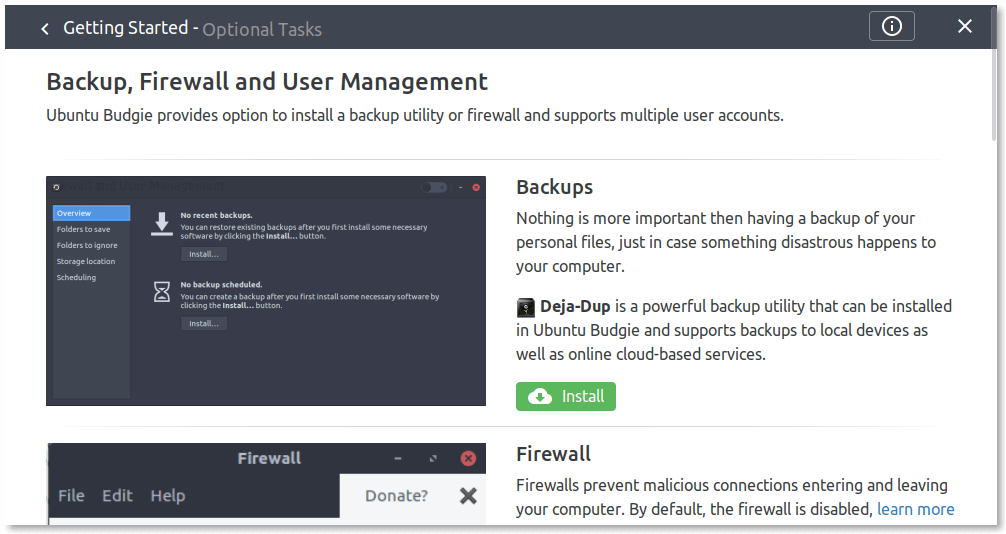 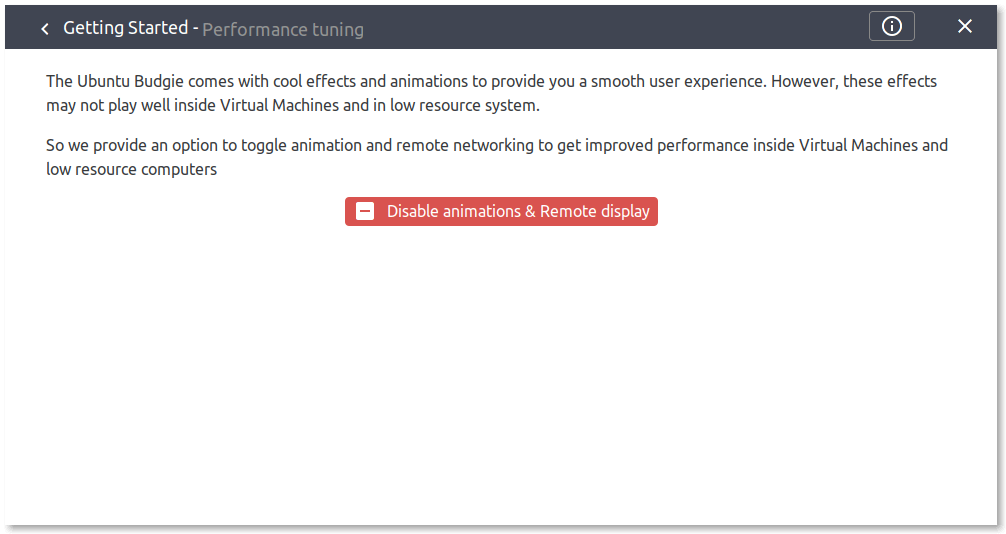 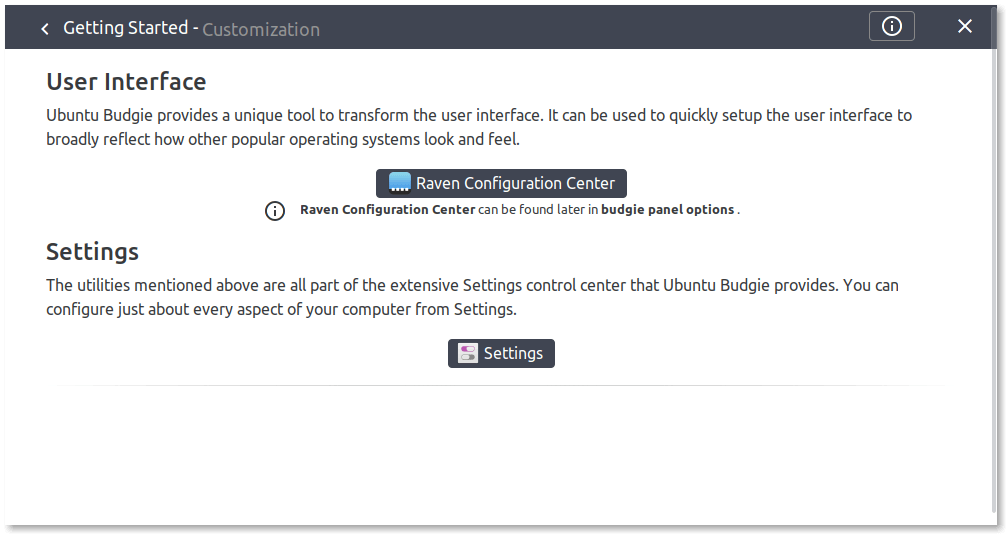 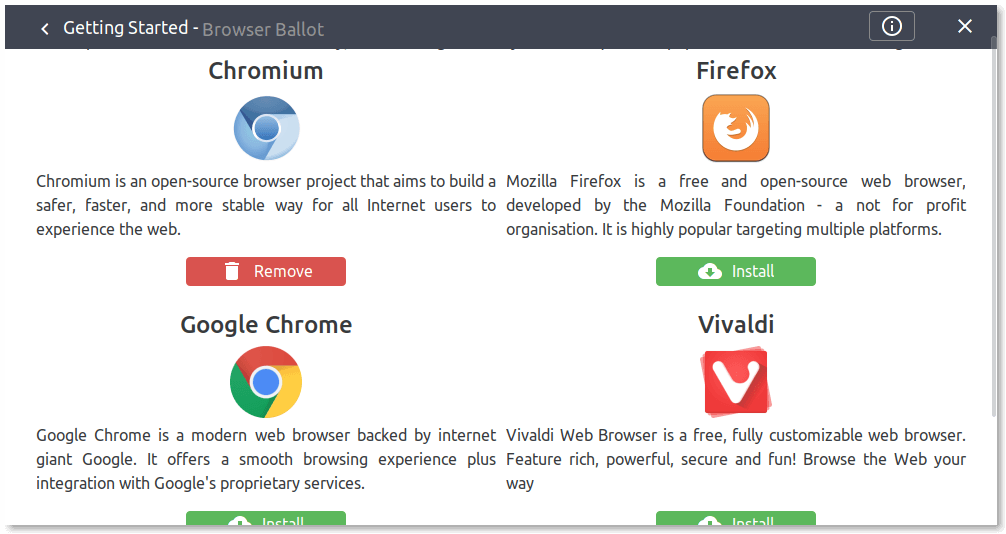 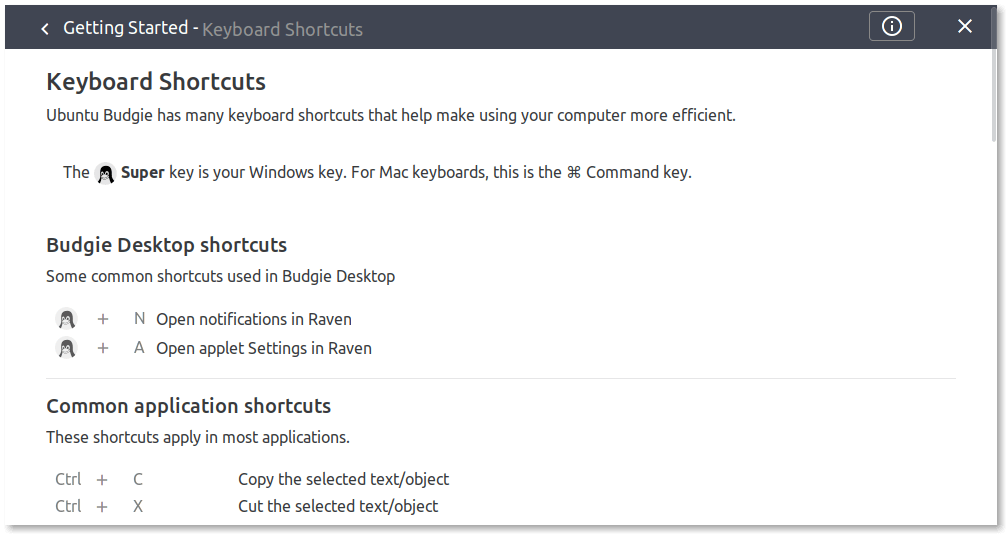 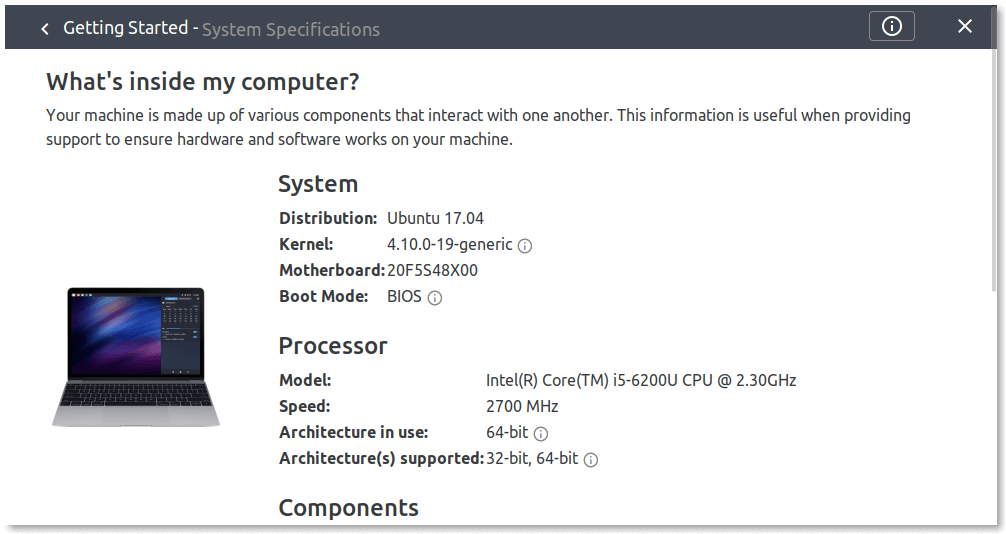 The dock you see on the left of the desktop is Plank. You can adjust its settings if you want from Plank Preferences: 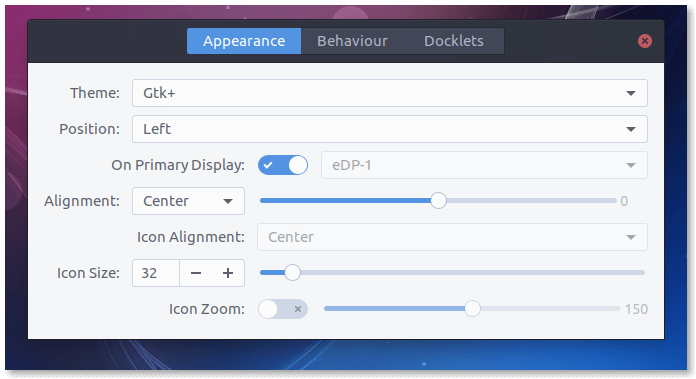 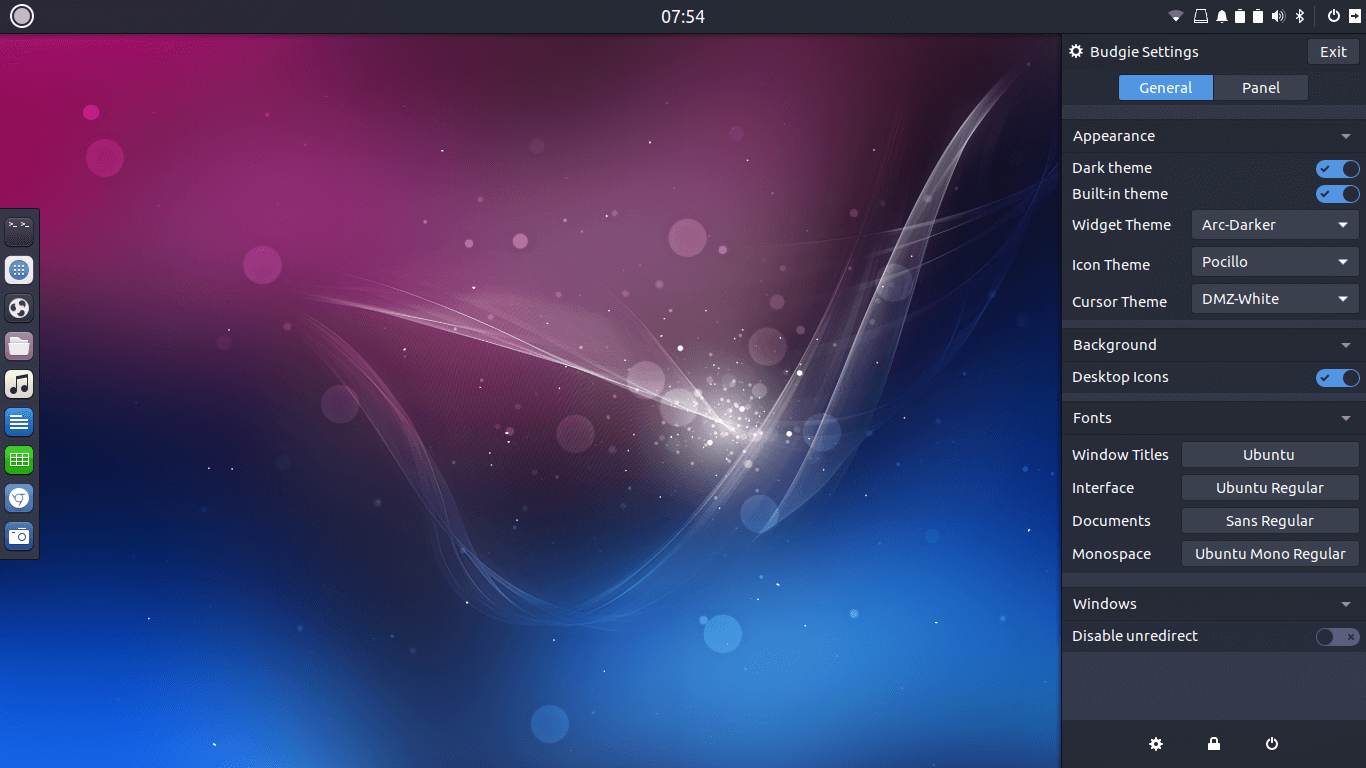 I was able to customize the desktop to my classic appearance which I like: 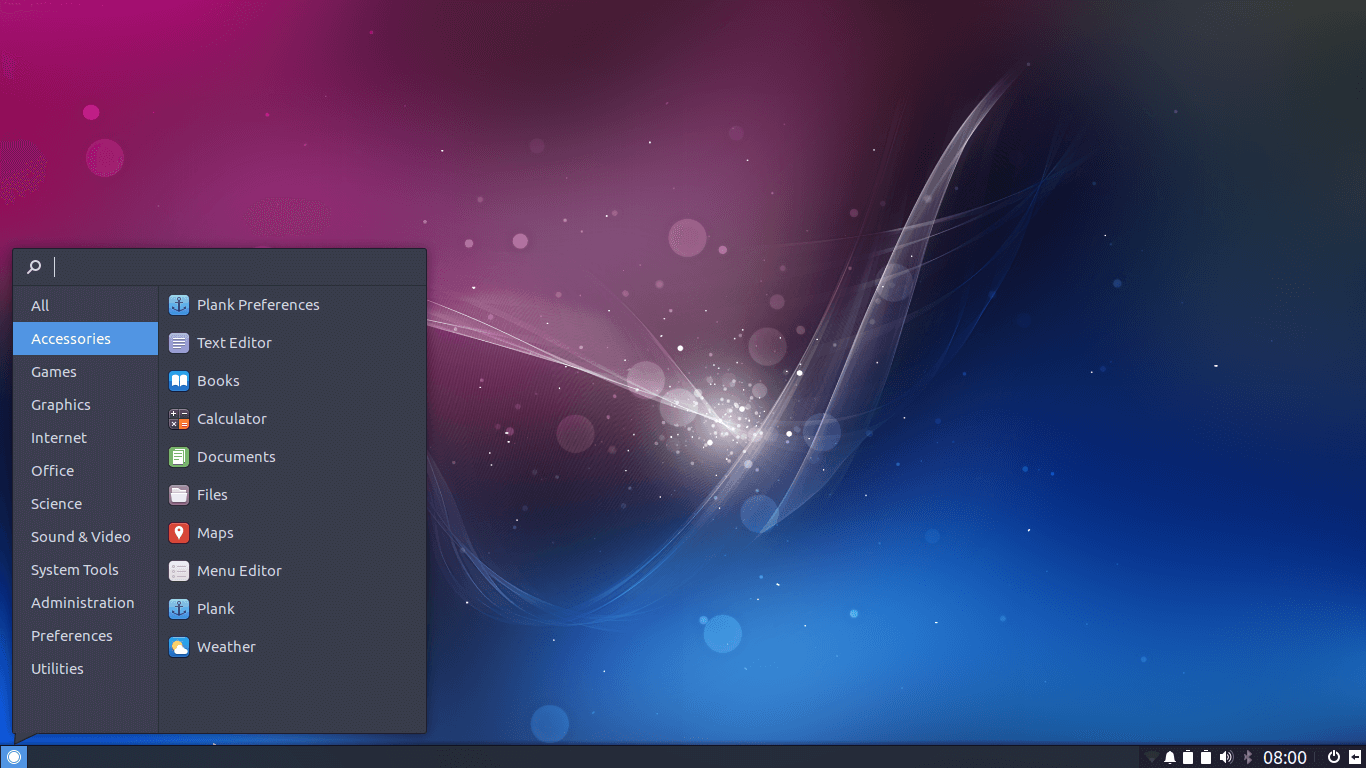 However, one thing that bothered me in Budgie is that the “Roll-over Mouse” option wasn’t enabled by default. Meaning that in the applications menu, you had to click over every single category to view its inner applications. This really should have been done by default.

There’s a number of beautiful backgrounds to choose from: 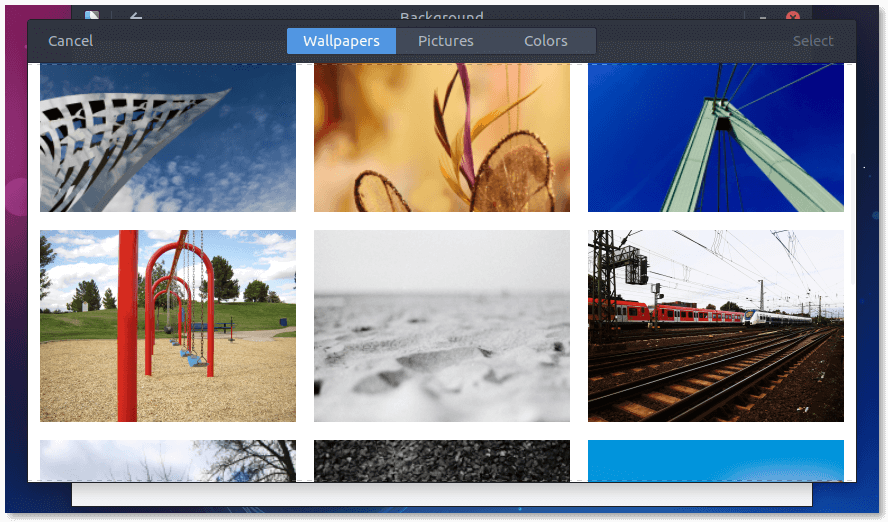 In Ubuntu Budgie 17.04, the default web browser is Chromium instead of Firefox. While I personally prefer Firefox for privacy and security reasons, Chromium is not that bad, though: 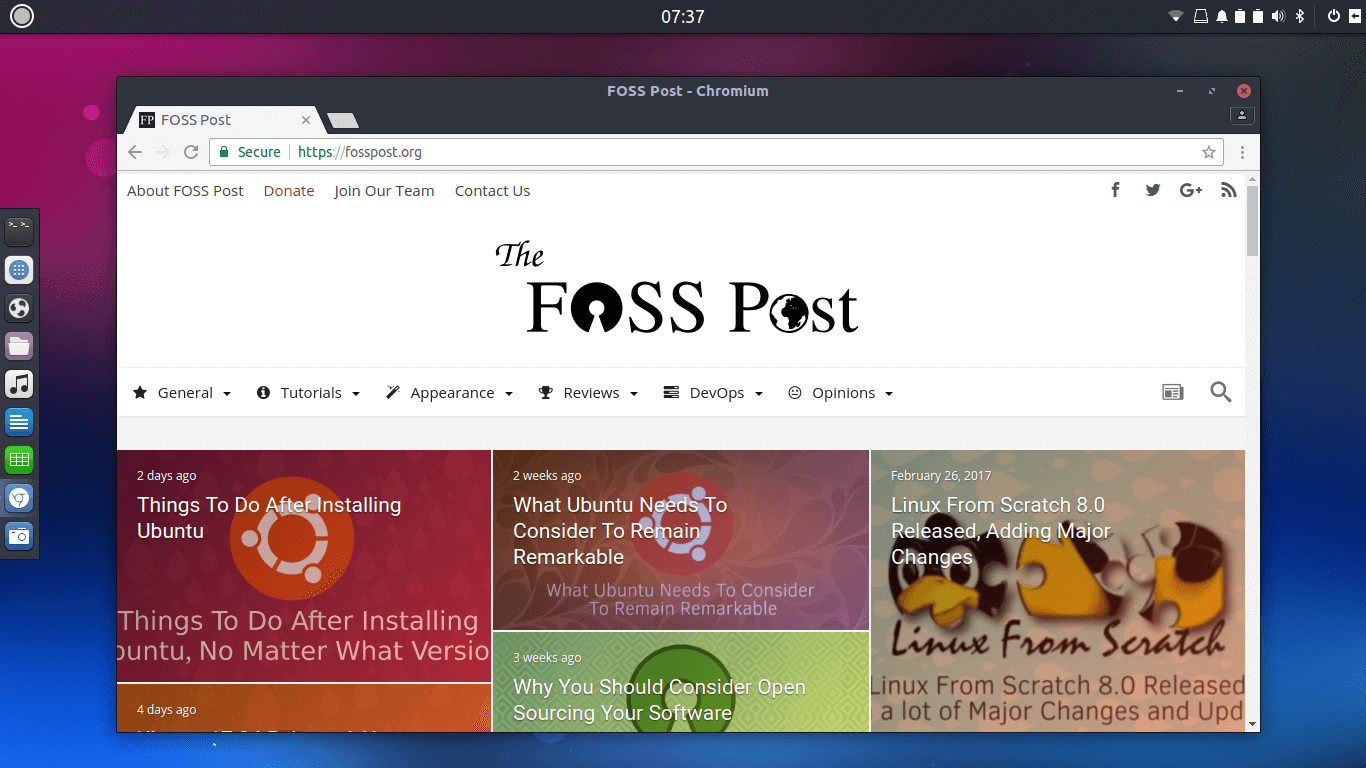 Geary is the default desktop email client in Ubuntu Budgie. It was originally developed for the GNOME desktop. It supports a lot of email services, very lightweight on the system: 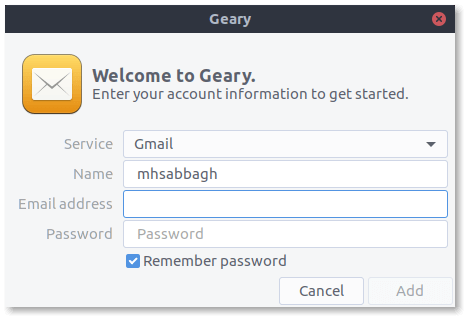 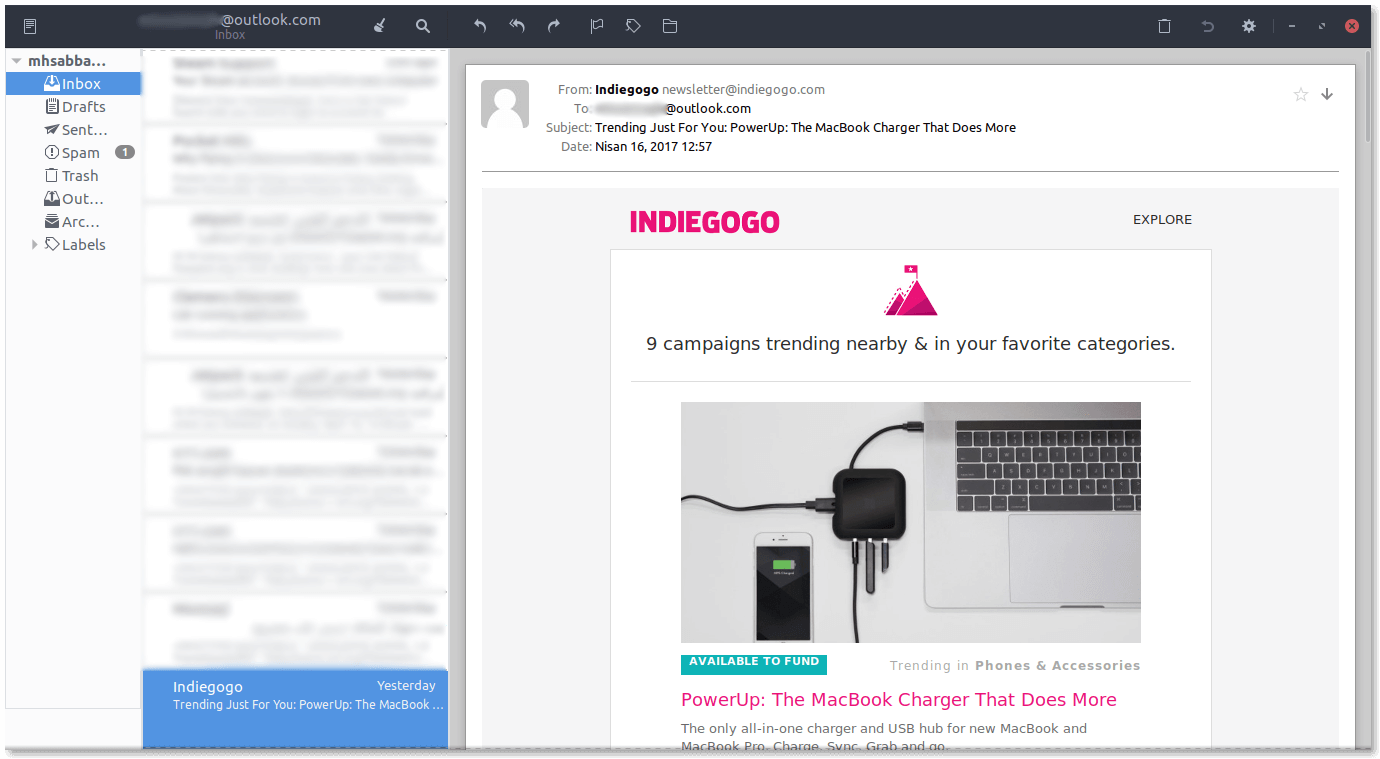 Ubuntu Budgie uses Nautilus as its default file manager, beside “Terminix” or Tilix as a default terminal emulator, which is a tiling terminal emulator for the Linux desktop built with GTK+ 3: 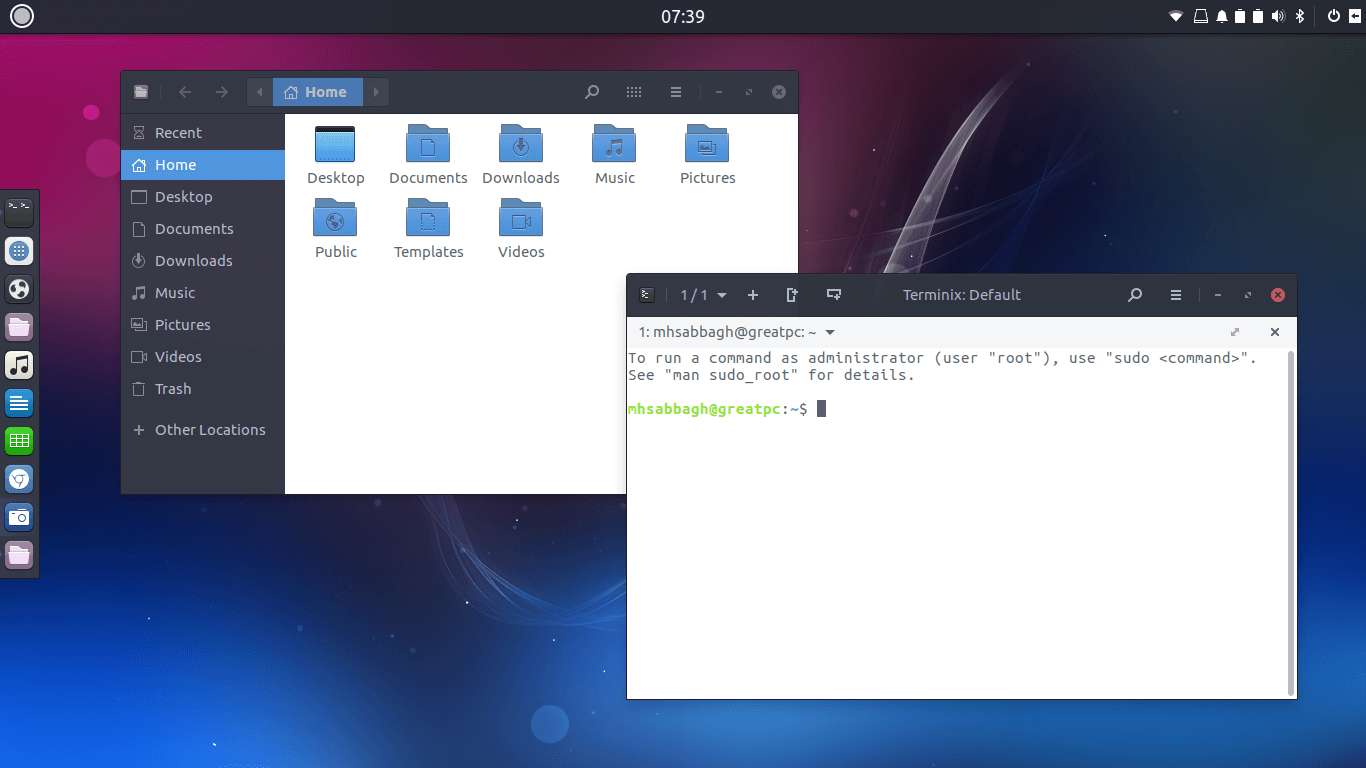 As in other Ubuntu flavors, GNOME Software can be used to install new programs: 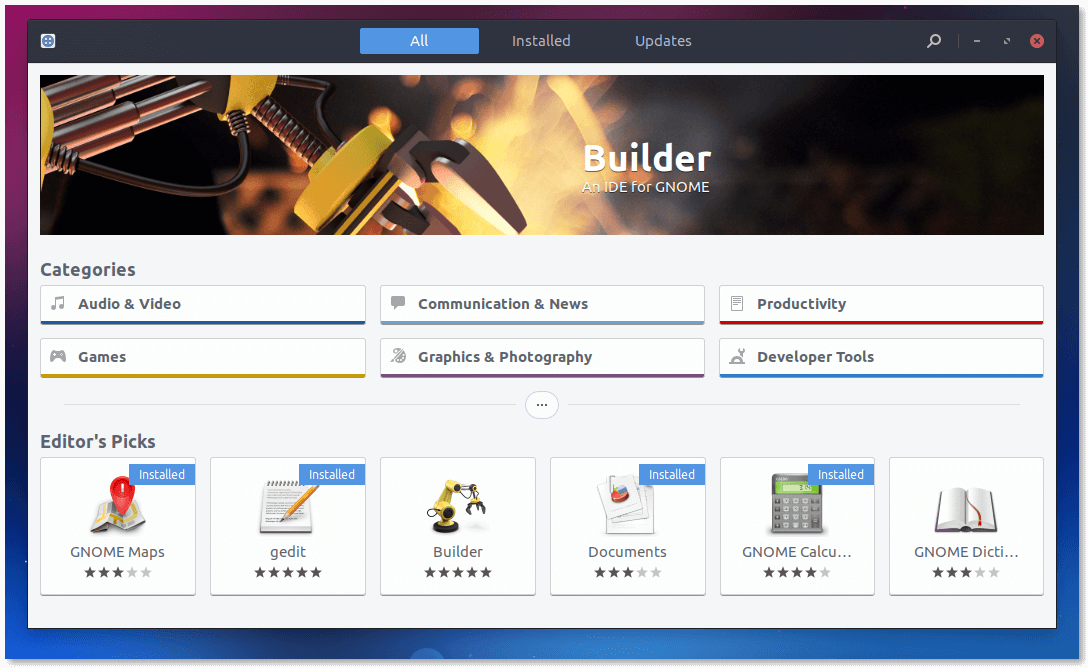 Aside from that, the distribution comes with LibreOffice 5.3.1, Transmission, Rhythmbox, GNOME MPV and the other normal GNOME utilities for managing and monitoring the desktop. Currently, the distribution ships with different version of GNOME programs ranging from 3.20 to 3.24. Such set of applications is great to start with on a fresh Linux install.

There’s a small bug in Ubuntu Budgie which makes Steam icon looks huge in the notifications area. Unfortunately, I couldn’t manage to find a solution for that:

And as you can see, there are two battery icons on the top panel (because I have two batteries in my laptop). I couldn’t manage to remove one and keep the other one. It’s very annoying if you are a perfectionist.

Talking about performance, the system is smooth and fast. The booting time is roughly 2.7s. No crashes or other system-wide problems occurred in our experience so far. Comparing the original Ubuntu 17.04 with Ubuntu Budgie 17.04, I can say the last one is faster in doing stuff and smoother.

Other than what’s already mentioned, there’s nothing “special” to see. Ubuntu Budgie is simply Ubuntu with Budgie desktop, which is a good mix working great for end users.

In Ubuntu Budgie 17.04, the underlying technologies are the same as in the original Ubuntu 17.04: Apt, Dpkg, SystemD.. It just differs about the default desktop interface. Beside a good set of applications and customizations giving a great out-of-the-box experience.

If you are a user who would like to get things done without spending any effort at all on customizing and modifying your system, Ubuntu Budgie is definitely a way to go.

Updated: Earlier version of this article mentioned Budgie as a “fork of GNOME Shell”. This was corrected. Budgie is developed from scratch.

Ubuntu Budgie 17.04 is very smooth and fast. Ready to do the job directly after installation. However, the distribution doesn’t contain anything special to it or some interesting stuff. It’s just an official mix for Ubuntu with Budgie.

Totally agree with you, even distributions like Mint when they ship a “welcome screen”, it just contains some links to their websites. While here, this is a micro-control center which is very useful for new users.