Users of the open source web browser have started to report a bug on various online communities where the browser simply can’t establish a connection to any website they wish to visit. Even when they try to close the browser, it hangs and keeps running in the background.

No official statement from Mozilla is released so far. However, the bug is already reported and developers and users are discussing the root cause of the problem.

Right now, the implementation of HTTP3 protocol in the browser seems to be the root cause of the problem, as users suggested that turning it off could fix the issue completely.

Other users have also mentioned that opting-out of the data telemetry options in Firefox settings fixed the issue for them as well. In other words, your options should look like the following picture: 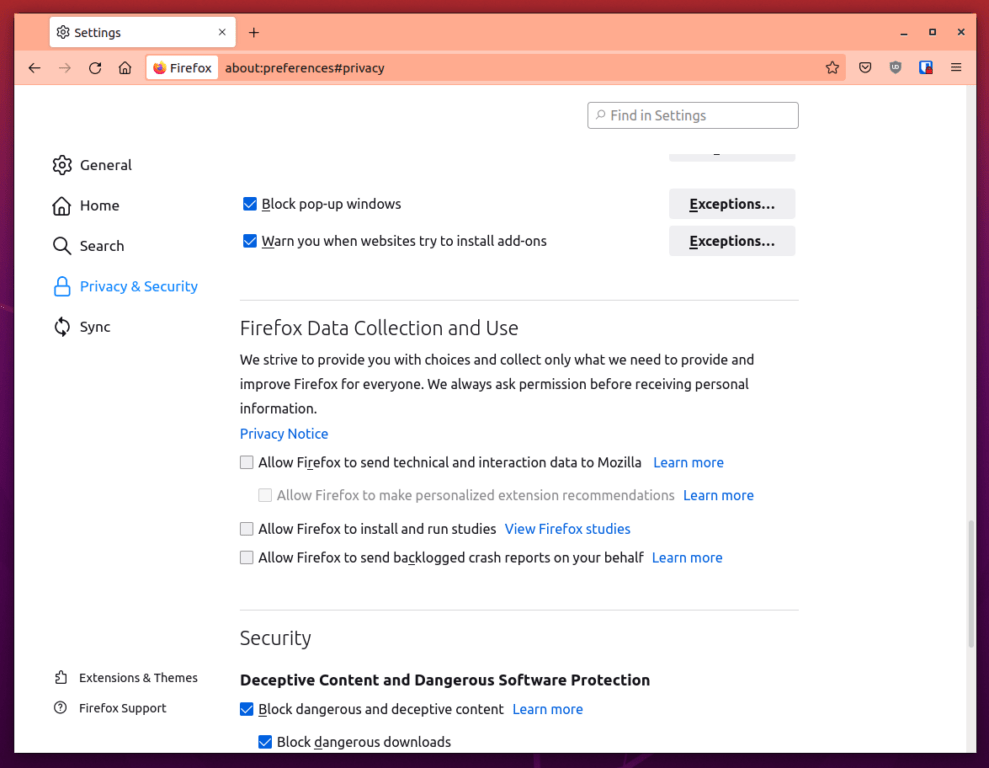 Does The Bug Affect Specific Versions?

No, users of Firefox 94, 95 and even the newly released 96 versions have reported the issue as well, so it seems to be a bug related in how Firefox itself makes connection to an HTTP3 site (Which looks like the telemetry website owned by Mozilla at this point).

Some users have reported that they have never experienced the problem, though. This could be because they have already turned-off the telemetry options as seen in the picture above.

Who is Affected by the Firefox Bug?

Basically most of Firefox users it seems.

You can take a look at the Reddit thread which was removed after receiving hundreds of upvotes and comments. This issue is the #1 post right now at Hacker News as well.

Various users on different social media platforms confirmed they are affected too, and you can see how people from different regions of the world are talking about it on Twitter.

Will The Bug Affect Firefox Marketshare?

It is very hard to explain to non-techie people why their web browser is simply not working for hours, even through they didn’t do anything wrong themselves, while other browsers like Edge and Chrome are simply working without issues.

What most of these people will do is simply move to other browsers and never look back. And it’s not like they needed another reason to do so; Google websites for example (Youtube, GMail, Google Search… etc) are deliberately slower on Firefox than on Chromium-based web browsers, and there are still some performance-related issues affecting Firefox from time to time.

All of this comes when the browser marketshare is already declining naturally; Firefox has lost 50 million users in the last 3 years, while the Mozilla leadership is still more busy in social activism and other side issues while the browser is dying.

We’ll update this post when new information is released from Mozilla.

Update: The Firefox team has published the following tweet on their Twitter account. Apparently the problem is now fixed, but not much technical details on the reason behind the outage were given:

Firefox has witnessed outages and we are sorry for that. We believe it's fixed and a restart of Firefox should restore normal behavior. We will provide more information shortly.