VES has published the results of a survey they worked on between October-November of 2021 about studio software platforms used by their members. 88 Unique studios have participated in the survey, which collectively own more than 59,000 artist workstations (Or computers).

The survey aimed to explore which software platforms are most common in the VFX industry, and the key findings could be quite surprising for you.

60% of all respondents said that they use Linux as their primary operating system, compared to 29% for Windows and 11% for macOS:

More interestingly, 73.8% of the studios that use Linux said that they use CentOS as their default Linux distribution, compared to 15.4% to Ubuntu and 7.7% for RHEL: 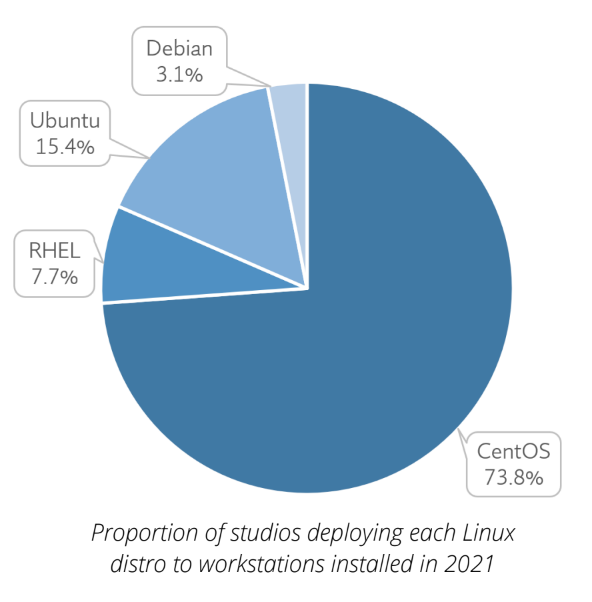 This is perhaps because CentOS (Before CentOS Stream shift) was supported for a period of up to 10 years in software updates, and hence, VFX studios can simply throw it on their workstations and forget about it for the next decade.

This is also why you can see that a stunning 45.2% of respondents said that they are still undecided about which Linux distribution to choose for new 2022 deployments; because they were originally planning to keep using CentOS, but now that the traditional CentOS is gone, only 2.7% are thinking of using CentOS Stream: 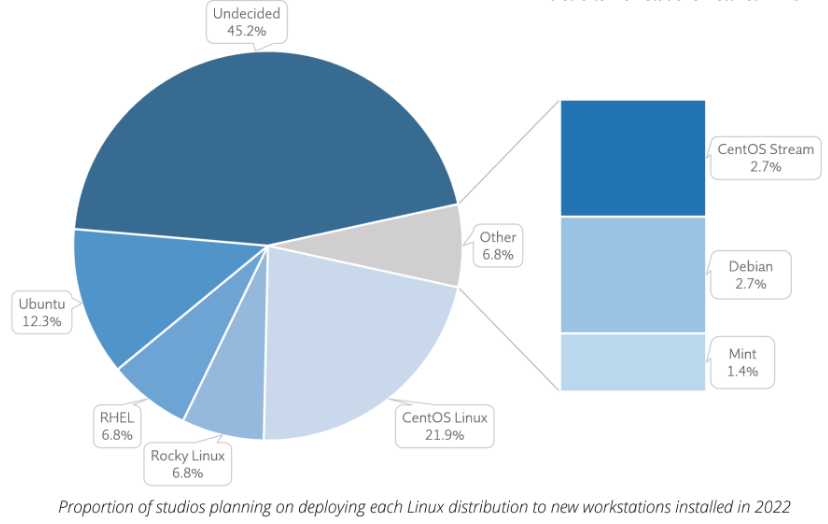 Another interesting finding was regarding the used desktop environments on artists machines. An astonishing 43.8% of all these machines were using MATE as a default desktop, compared to just 20.9% for KDE and 14.7% for GNOME: 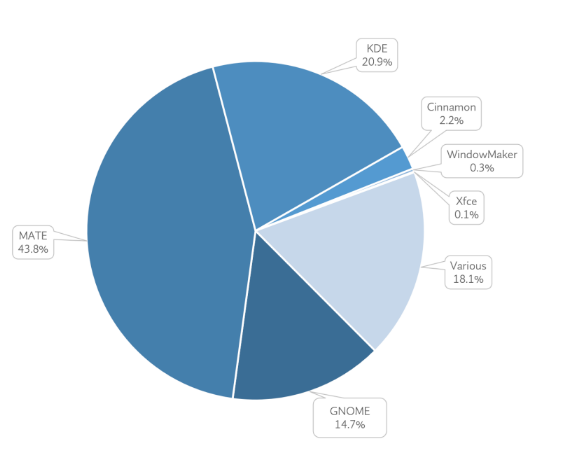 This means that collectively, around 85% of artists machines are using a desktop other than GNOME, despite being the default desktop on most major Linux distributions and perceived to be the De facto desktop for Linux.

The survey makers say that they are confident that their survey represents a valid and representative cross-section of the VFX industry. And they finally summarize by saying:

Of all the major operating systems, Linux is the preferred option on the majority of professional artist workstations across VFX and animation studios. That dominance does not seem to be changing, and the survey results indicate that most studios expect Linux workstation numbers to increase in the future at a higher rate than Windows or MacOS.

The survey results are quite interesting, and you should definitely take a look at the full report which shows more detailed break-ups of the highlighted findings.

You may also take a look at the following video which examines the current state of software platforms in the VFX industry, and mentions topics about Linux, Wayland, Xorg and other open source technologies: